Many people are eager for the fall to come. Children enjoy the start of a new school year, many love observing the changing foliage, while others savor fresh apples. Personally, I appreciate all of the aforementioned, however I find that cross country is my favorite fall activity, as I’m sure that most of you share a similar mindset. Roadkill Racing has had the honor of participating in the Upstate New York circuit that honors the late Pete Glavin. Consistently this series has generated great competition and phenomenal fellowship. This year was no exception. 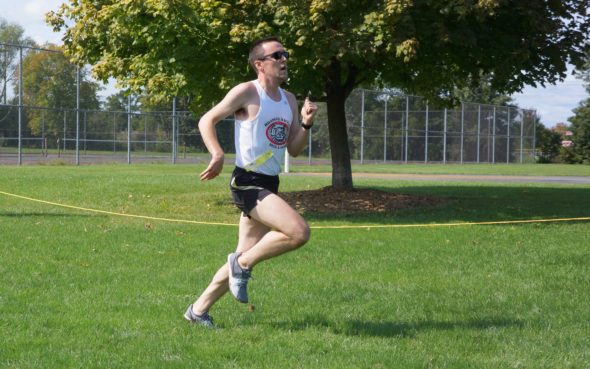 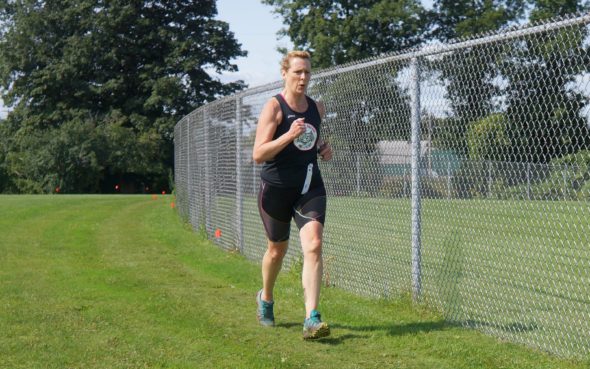 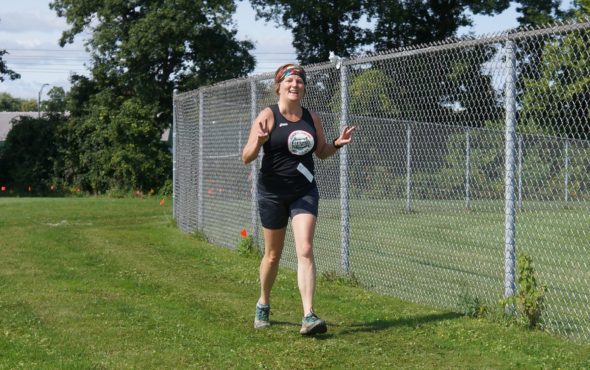 September 10 – To kick off the season, the runners of Roadkill traveled to Clay Central Park in Syracuse to test themselves in the beloved 5000 meters. On the men’s side, Mark Streb and Kraig Connor led the way on a day that was perfect for running; not too hot, with a slight wind. They finished in 18:28 and 18:30 respectively. Ben Young came in shortly thereafter in 20:50. Dan Sackett, and Dave Ferrett rounded out the men’s team as they crossed the line in 22:12 and 23:21. The women also put together a strong first race, as Jennifer Spitzer-Jones traversed the course in 21:29. Erin Caffrey and Lindsay Rynders followed suit by finishing in 24:52 and 25:27. Next came an awesome Roadkill trio of Kim Graffeo, Martha Doody, and Nicole Briggs finishing in 28:52, 29:30 and 29:53. Jeanine Hitchcock completed the women’s team as she ran a 35:26. 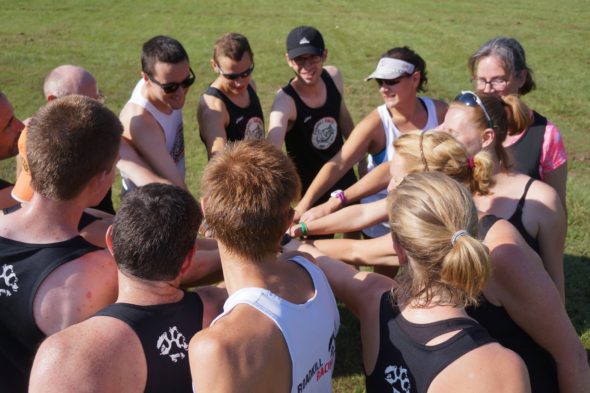 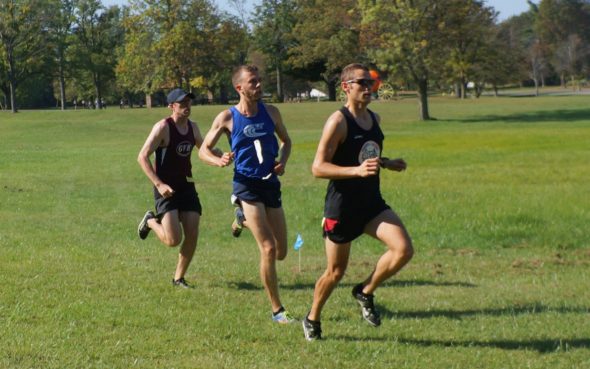 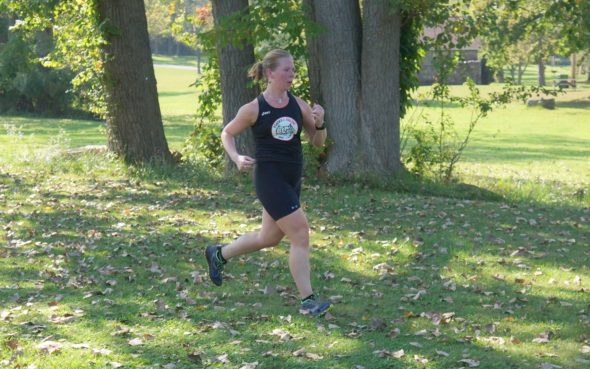 September 24 – With one race under their belt, the Roadkill racers looked to show what “Beer and Glory” is all about on a hot day in Akron Falls Park. Much like the temperature, the runners laid down some scorching times in this 6000-meter race. Brett Smith made his season debut for the men, as he was the lone soul to break 22, running 21:29. He was closely followed by Matt Roberts, Mark Streb, Mark Saile and Marcus Gage, whose times were all within 2 minutes of Smith’s. Ben Young and Carl Palmer once again demonstrated Roadkill toughness as they ran strong and completed the challenging course in 25:16 and 25:42. Finally, Dan Sackett and Dave Ferrett closed out the men’s action as they ran 26:28 and 30:01 respectively. The Masters ladies of Roadkill showed that they too embodied the hardiness of a cross country runner as Kim Graffeo, Heather “HBO” Ostrander, and Jeanine Hitchcock crossed the line in 37:02, 39:07, and 45:54. Nicole Briggs was the lone open runner for the women; however she still finished in 39:29. 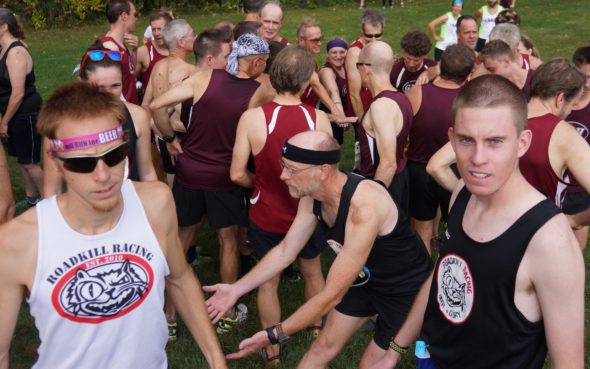 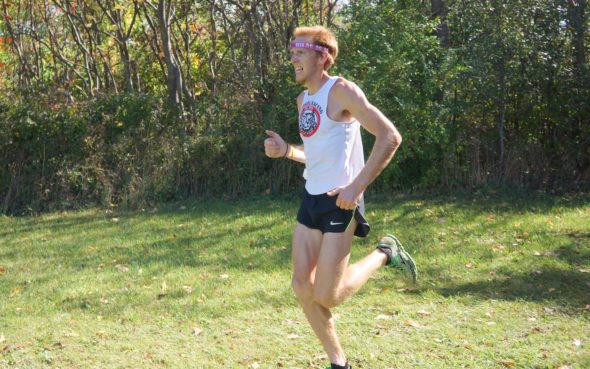 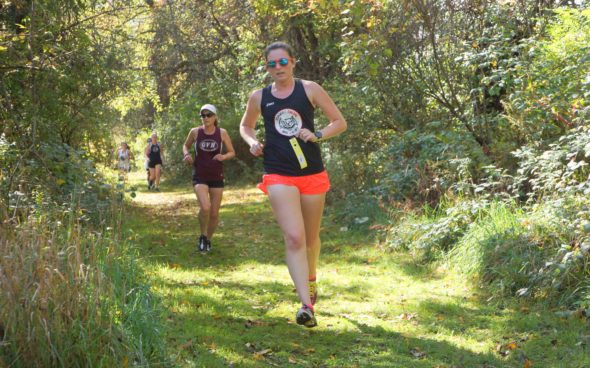 October 8 – Typically thought as a racing town, Roadkill racing traveled to Watkins Glen for a taste of some true racing. This hilly 6000-meter course crushed the thought of a PR and forced Roadkill to use a tactical race plan. Matt Roberts led the charge as he earned every bit of his 24:39 finish. Roberts was followed by Mark Saile, who finished in 25:17. Not be left out of the fun was Marcus Gage, who as a triathlete is no stranger to grueling races. Gage finished in 26:29. Dan Sackett concluded the men’s fun with his admirable 30:31 finish. For the women, Erin Caffrey picked up right where Sackett left off as she finished in 33:08 to lead the team. Not far behind was Lindsay Rynders who navigated the course in 36:36. Martha Doody, Kim Graffeo, and Jeanine Hitchcock rounded out Roadkill’s showing as they finished in 41:14, 45:01, and 53:47. 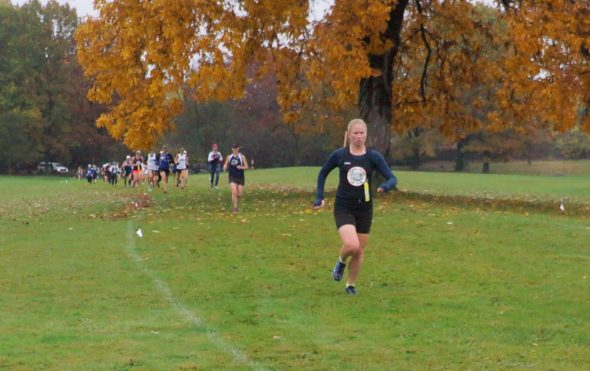 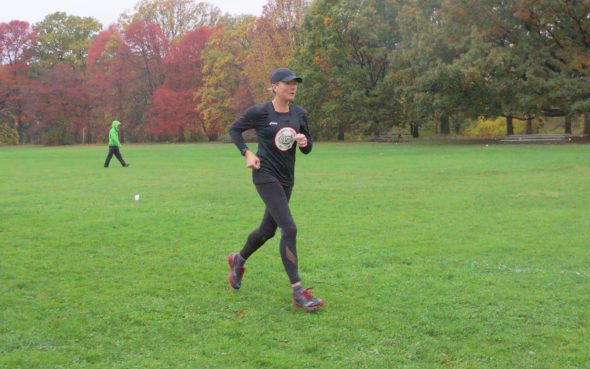 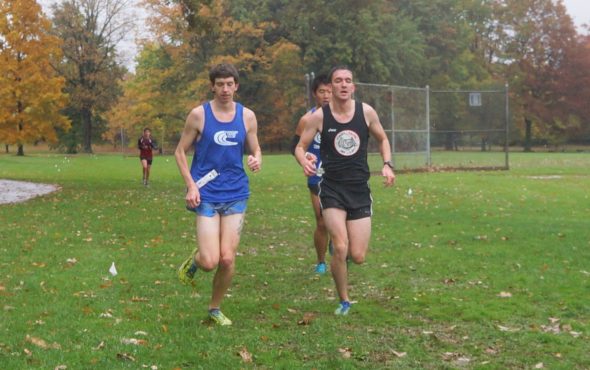 October 29 – The Genesee Valley Park course seemed to be more of a trick than a treat as rain and cold added yet another element of endurance to the USATF cross country championships. However, loving adverse conditions and an excuse to have a drink with friends, Roadkill Racing was there and in high spirits. Molly Romano started the open women off with a 6000-meter time of 27:28. Beating her time from Waktins Glen, Lindsay Rynders ran a 29:10, about seven minutes faster. Finally able to make her season debut was Ashlie Roberts, who ran a very respectable 32:45. As usual, the Masters women put together a strong showing, as Davida Graham ran a 31:34 to lead the way. Marie Davis and Martha Doody worked together to earn a 34:24 and 34:41 finish. Turning in a performance almost ten minutes fast than her Watkins Glenn time was Kim Graffeo, who crossed the line in 34:06. Powering their way to a strong finish were Ann Lynn and HBO who ran times of 37:30 and 39:32. The men were tasked with an arduous 8000-meter race on this ugly day. Despite challenging conditions, Brett Smith still ran a 28:54 for the open men. Matt Roberts and Mark Streb each following with great races, running 30:05 and 30:45. For his first Roadkill race of the season, Gavin Jenkins ran a 32:10, having as much fun as his teammates. 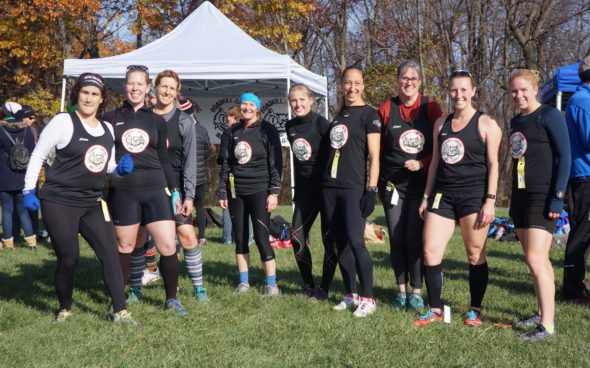 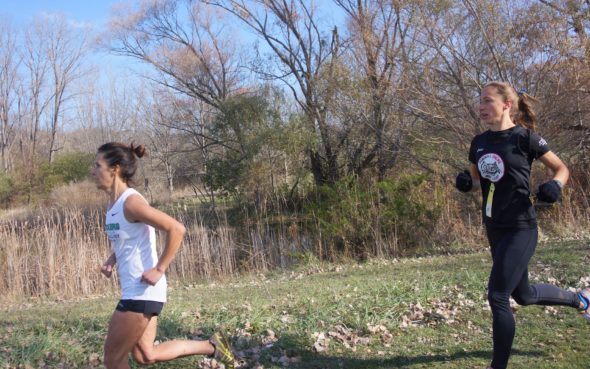 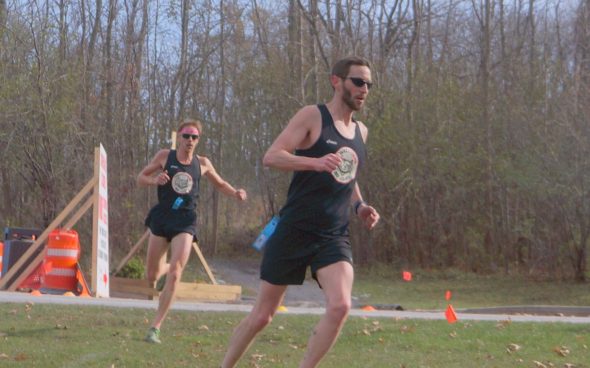 November 12 – Sadly all good things must come to end, and the Pete Glavin XC series is no exception. The gentlemen of Roadkill followed a “ladies first” mentality, letting them get the first taste of the FLCC course for the series championship race. Finishing 20th was Molly Romano with a time of 29:29 for 6000 meters. Not far behind was Erin Caffrey in a time of 31:51. Ashlie Roberts crossed the line as the third Roadkill finisher. Finishing within three minutes of one another were Marie Davis, Kim Graffeo, and Ann Lynn. Similarly, Tracy Buttars, Nicole Briggs, HBO, and Jeanine Hitchcock were all within two minutes of each other, completing a tenacious performance by the Roadkill ladies. Matching the women’s pack mentality, the top five Roadkill men each finished within two minutes of each other in the 8000-meter race. Matt Roberts and Brett Long each ran in the 29:40’s finishing 14th and 15th overall. Just missing breaking 30:00 by 0.2 seconds was Brett Smith who finished 17th in the race. Mark Streb was only 50 seconds behind Smith, and Mark Saile finished 27 seconds behind Streb. Not to be excluded from the fun were Kraig Connor, Ben Young, and Grant Barney, who ran 33:41, 35:52, and 37:19 to cap off a very dominant performance by the entire Roadkill team.

Thanks to Tim Matthews at runnerpics.shutterfly.com for the terrific photos!