I’ve run the Boilermaker on plentiful occasions and my motivation has always been to it run hard and fast.  My race results have ranged from a sub 50:00 all the way to 60:00 where something had gone wrong. Over time I began to develop a love-hate relationship for this hot, humid and hilly 9.3 mile race, with very little desire to run it.

Then in 2008 while finishing training for the Boilermaker during the week of the race my older brother passed away. For the next seven years that would become my motivation to return to Utica and honor him while towing the line in this race.

Then in 2012 I had my first appearance as a masters runner and knocked out a 53:30 that was good enough for 71st OA and a 1st place in my age group. This made me realize that if I maintained my fitness and kept the injury bug at bay for at least the next 5 years I would have a legitimate chance to walk across that stage not as an age group winner but an overall winner. Then for the next two years I would find myself just missing 5th place OA in the Masters.

Then on July 12th 2015 it finally happened!!! Running nearly a minute and a half faster than the previous year I took my place on the stage and honored my brother. I was so overjoyed to hear the crowd cheer for me as my name was announced, however to this day I am not sure if they were cheering for Derrick Jones or the fact that I was from Henrietta, NY, USA. 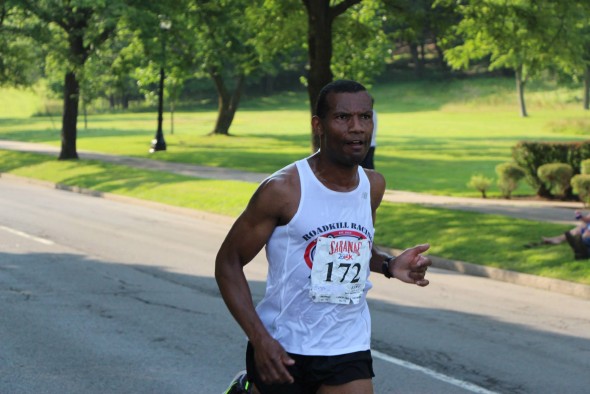 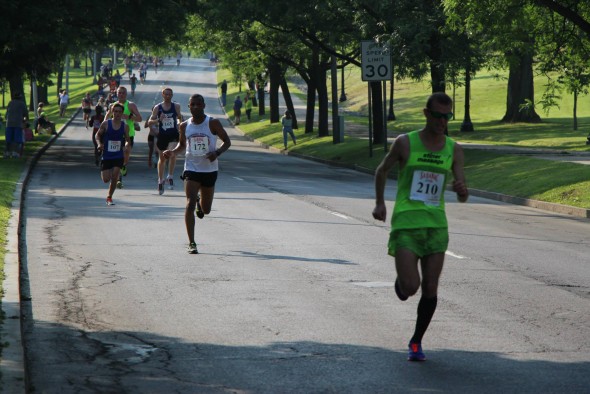 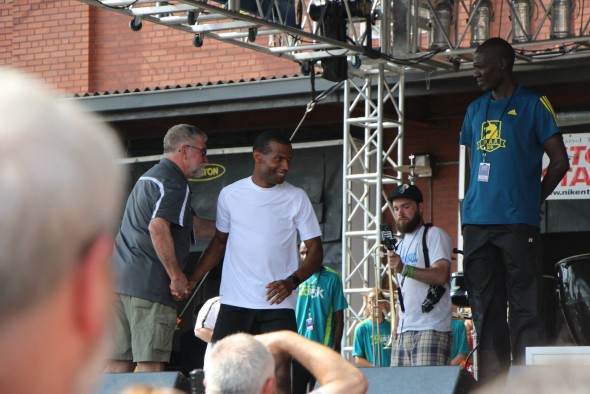 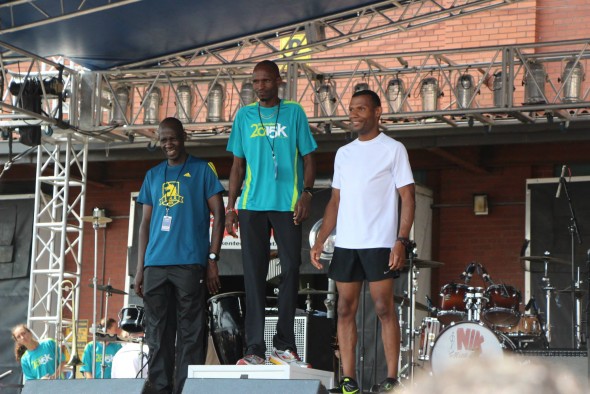