This was my third time running the Bergen 5k.  I love the energy of this race, and the great performances it brings out in people.  I came into this summer with little mileage under my belt due to a hamstring/lower back problem that surfaced in March. In April, I ran a total of about 30 miles all month as I worked with my chiropractor, Dr. Matt Buffan, to try and fix the problem. In May, my leg started to improve, but I pushed too hard at the Lilac 10k and ended up hobbling into the finish feeling defeated.  Luckily, continued chiropractic treatments, stretching, and strengthening left me feeling good by June.

At that point, I was ready to work hard. I wanted to start working to bring my 5k time back down to where it used to be before having a baby. So, I approached Dave Rappleyea.  Over the next 10 weeks we worked to get me back in shape, increase my mileage, and mentally toughen me up. The goal was to keep improving and have a strong run at Bergen. My training was tough, especially since I hadn’t followed a real plan in about 3 years, but Dave’s guidance kept me focused as well as injury-free. I did 2 workouts a week and peaked at 35 miles. It was the best I have ever felt in a training cycle, and I credit that to my own awesomeness as well as Dave’s!

On race day, I was nervous. But I knew that was a good thing. The weather was good, and I was anxious to run. I was fortunate enough to have Dave run with me, so I didn’t wear a watch and just focused on my running.  The course was different this year, and I definitely missed that nice downhill in mile 2, but it still maintains a lot of the benefits of the old course.  The last 1000m was really tough for me, but, with a lot of encouragement from Dave as well as an older woman on crutches who was yelling at me from the side, I managed to hold it together and not give up! I worked hard the entire race, and ended up running a 22:28, which is my best 5k time since 2012.  It was also great to see so many of my friends run a strong race and get some big PRs.

It was great day. It’s a great race. And I am already looking forward to next year. Sub-20 anyone? 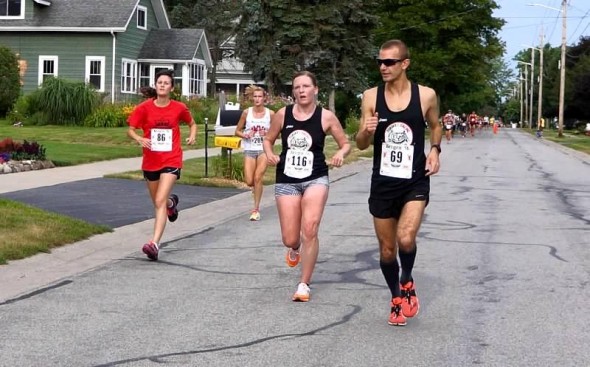 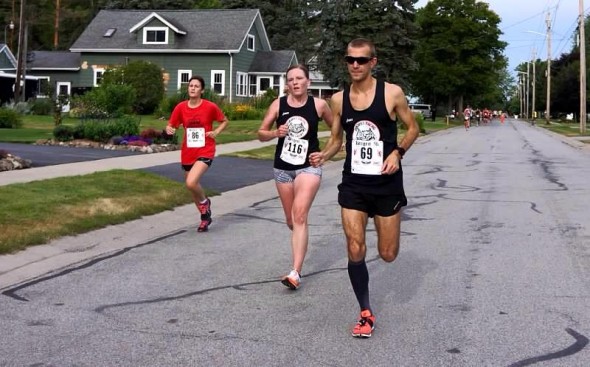 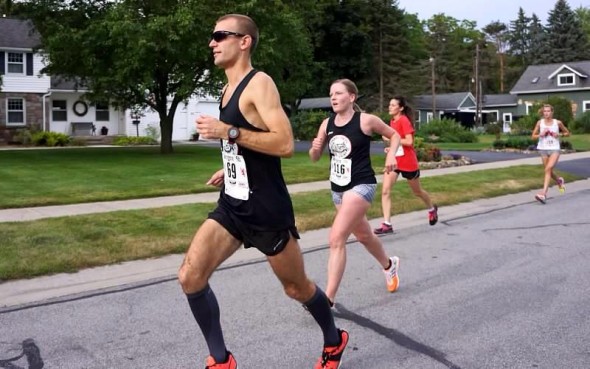 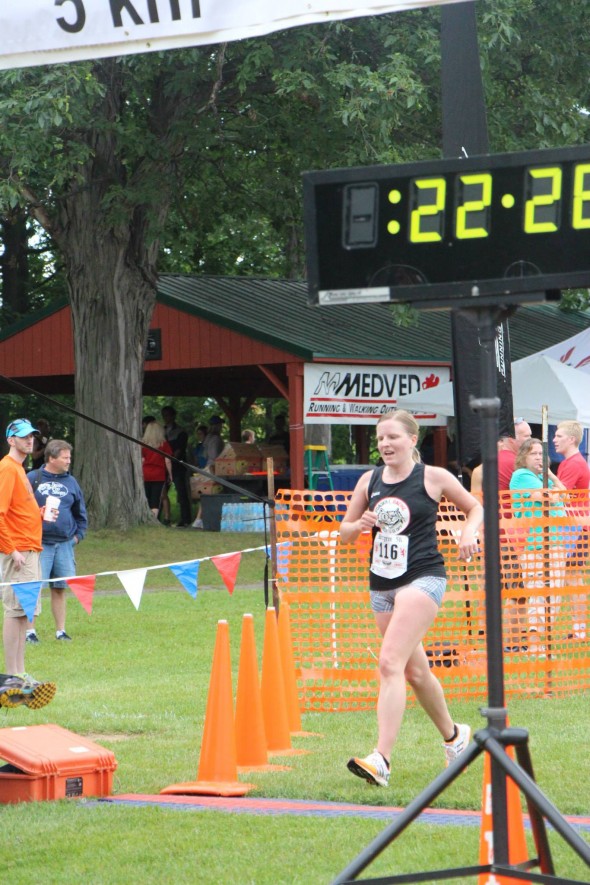