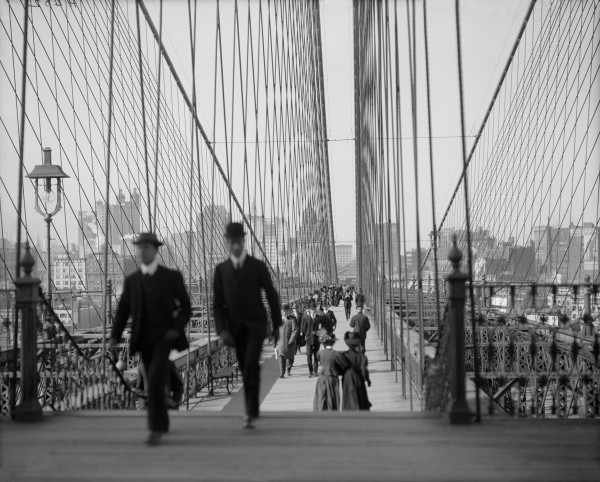 As 2013 winds down and we look forward to 2014, I think it is time to say a fond farewell to a few things.  With all apologies to my friends reading this in Brooklyn while stroking their mustaches and listening to Hall and Oates, below is my list of things that need to be put to bed by Midnight December 31st 2013.

1. Mustaches.   It’s been a nice run for the mustache.  On hiatus since the 1970’s it made a triumphant return in the last few years, but like all good fads it’s time for this one to end.  So get out those razors guys and start 2014 with a clean face.

2. Hall and Oates.  This one is related to mustaches, you know cause the one guy has the big ole stash.  Sure H&O had a bunch of big hits back in the day, but as I remember it they were considered pretty cheesy even then. Considering when they were putting out songs like Method of Modern Love other bands were putting out songs like London Calling, Rapper’s Delight, Comfortably Numb and Refugee, it’s best to just relegate them back to the easy listening station for 2014.

3. Brooklyn.  Once upon a time Brooklyn was where you lived when you couldn’t afford to live in Manhattan.  It was for families and blue color workers who often worked in the “city” but had no chance of affording an apartment there.  The Bridge & Tunnel Crowd was an insult not a compliment. Now thanks to a steady influx of hipsters Brooklyn is on it’s way to being as expensive as Manhattan.  It’s now no long affordable to many families who are being pushed even further out from where they work.  So why don’t all you suburban kids move back to the suburbs for 2014, mowing the lawn is fun and you’ll be so much closer to Walmart.

4. Super sappy posts about people no one you or anyone else you know knows.  I get it.  We are bombarded by terrible news everyday, and you are just trying to spread good vibes.  But frankly I’m tired of reading about the little kid who didn’t care uncle Fred was marrying Roger, or a cop gave his boots to a homeless guy.  I’m all for reading about the wonderful things you have going on in your life.  I love that stuff.  I just don’t want to read about the stuff that probably never happened to people I’ve never met.

5. Ironically liking things.  This is the big one.  If we could put this to rest I think most of the world’s problems would go away.  Do you remember right after 9/11/?  It was the end of irony.  I never really understood why that was supposed to be the case, but everyone was saying it so it must have been true.  But something happened over the last 12 years, and irony made a huge comeback in the form of liking things ironically.  I’m not even sure that is even the correct use of irony… I’m actually pretty sure that it isn’t, but that is besides the point, you know what I’m talking about.

It used to be that there we a few select things that were so bad they were good.  Plan 9 From Outer Space, a Polish Vampire in Verbank, basically everything on Mystery Science Theater 3000, that first Britney Spears video.  It was cool to be smart enough to realize how bad they were and celebrate them, it was the beginning of ironically liking something.  But something changed and now every god damn thing fits the bill.  Shows about rednecks selling their stuff, shows about rednecks shooting alligators, shows about rednecks shooting ducks, vinyl records, tapes (yes cassette tapes!),  cheap beer in a can, mustaches, Brooklyn, Hall and Oates, Chuck Norris.  You get the idea.  Basically anything considered backward and redneck is embraced with a wink and nod by the sophisticated hipster elite.  But here’s the problem with that.  You aren’t really celebrating those things, you are mocking the people that really like them and or use them.

A whole lot of people actually drink cheap beer in a can because they either can’t or don’t want to spend $9.99 for a 4 pack of double chocolate stout.  It’s probably never occurred to them to spend as much on 4 beers as they can spend on a case.  But there you are with your cans of Pabst Blue Ribbon sitting next to your oak conditioned bottle of Arrogant Bastard Ale.  Look at me!  I like really good beer, but hey look I have this cheap crappy beer too isn’t funny.  Aren’t I so much smarter than the hicks who actually like this stuff?  Just stop it already… it isn’t nice, you’re better than that.

Here is the second big problem with ironically like stuff.  It can come back to bite you and your highly refined sense of self righteousness right in the ass.  You know that duck guy that everyone loved?  Isn’t it so funny, look at those rednecks with all that money!  Let’s all buy their t-shirts and books and mugs and hats and… wait WTF did he just say?!?

Is there really one person in the entire country who was shocked when a 67 year old duck hunter from the swamps of Louisiana who looks like he was a roady for ZZ Top, said racists and homophobic things?  Seriously? Surprised and outraged?  The only surprising thing would have been if he announced he would be officiating at his gay cousin Earl’s wedding to an Jewish African American communist from the East Village (or god forbid Brooklyn).

Let’s start 2014 right. How about a return to sincerity?  Let us start embracing the things we genuinely like.  There are a whole lot of good things out there in world.  Let us not be afraid to declare out love for things of quality and substance.  Let us step down off our lofty moral and intellectual high ground and stop judging the lowly masses too stupid to see crap for what it really is.  Let us make 2014 the year we all stopped laughing at people, and started laughing with people.

PS… I really am sorry for the terrible insulting things I just said about the many wonderful people I know who live in Brooklyn.