A few days ago in a Goodwill close, close by…

It is a period of civil war… 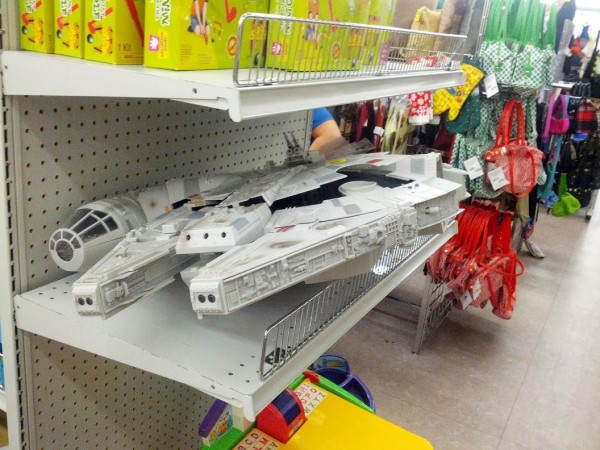 I was at the Victor Goodwill looking for a snowsuit for Roo when I saw this sitting on a shelf.  I really wanted to buy it, and it was only $25 but for some reason I just couldn’t bring myself to do it.  What was I going to do with an awesome Millennium Falcon replica?

Episode V The Empire Strikes Back

It is a dark time for the rebellion… 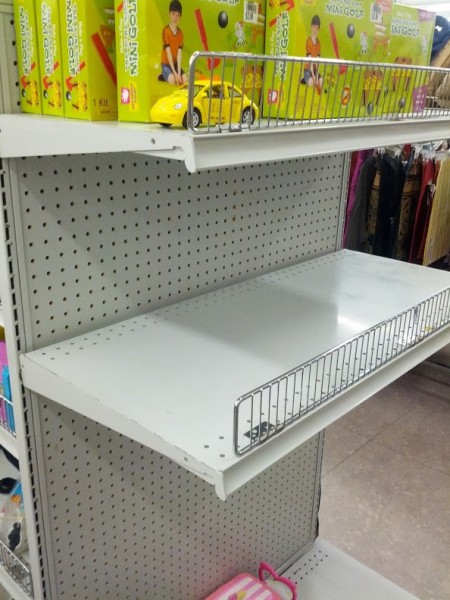 As soon as I returned home I regretted my decision not to buy it, a quick post to Facebook confirmed that I was stupid for not making the purchase.  So the next day during my lunch break at work I drove out to Victor (from Spencerport), only to find the shelf empty.  I was heart broken.  I began to think of who out of my Facebook friends might have raced out and bought it from under me.  I am sorry to say that I had some dark thoughts about some of you.

Episode VI Return on the Jedi

Luke Skywalker has returned to his home planet of Tatooine… 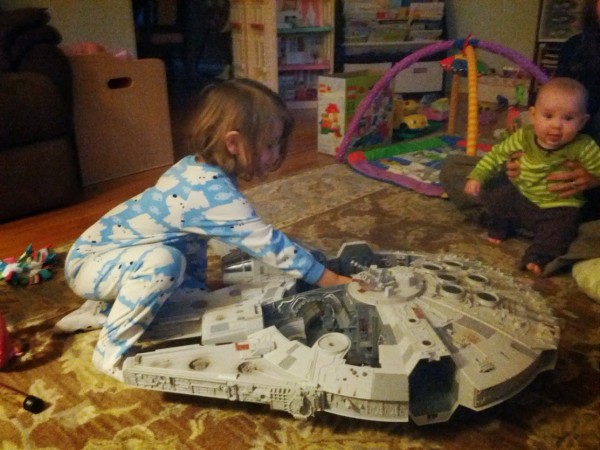 I have the best wife, I really do.  It turns out that she dropped the kids at daycare and then raced over to the Goodwill before her morning class.  She had planned to surprise me at Hanukkah, but after seeing my post of disappointment on Facebook she just couldn’t bear to see me suffer.  While Hazel, Roo and I were playing in the living room Lisa brought in the Millenium Falcon, I don’t know whose eyes lit-up more, mine or Hazel’s.

Hazel immediately began playing with it, I’m not even sure how she knew it was a ship, because it doesn’t look a “rocket ship”, but she did.  After a few minutes of examining my new favorite possession I headed into the kitchen to start making dinner.

A small tug on the back of my shirt.

Hazel~ “Daddy will you play with your rocket ship with me?”

I swear I almost broke down crying right then and there in the kitchen.

For those wondering this is not the original one I had as a kid, but a 2008 Hasbro Legacy Collection remake.