I know I’m behind in doing some race reports.  I owe you one for the Finish Strong 5k that at this point I’ll probably never get to.  I do however have a race report for you about the youngest member of Roadkill Racing. 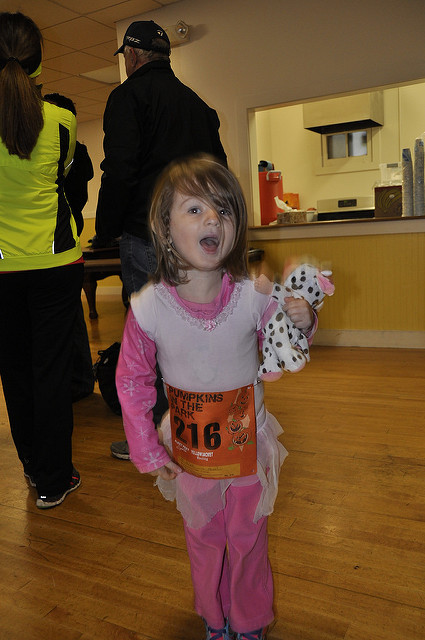 Hazel has run a few track races before but this was to be her first cross country race.  The Pumpkins in the Park kid races consist of 1/4 mile 1/2 mile and 1 mile races.  I figured the 1/4 mile would be perfect for Hazel as she has done a few of those on the track.   Despite the very cold and windy temperatures she insisted on nothing covering her ballerina outfit.  We headed out 10 minutes before the start of her 1/4 mile race so she could do her warm up. 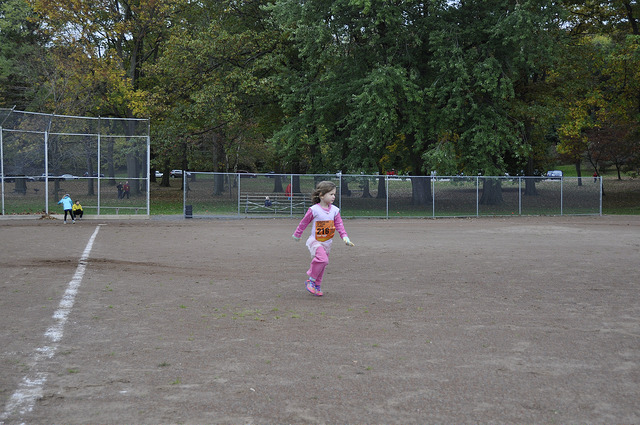 I’m not sure there was any actual warming up going on, but Hazel did some laps around the base path to get ready.  She then lined up with all the other kids are started her race. 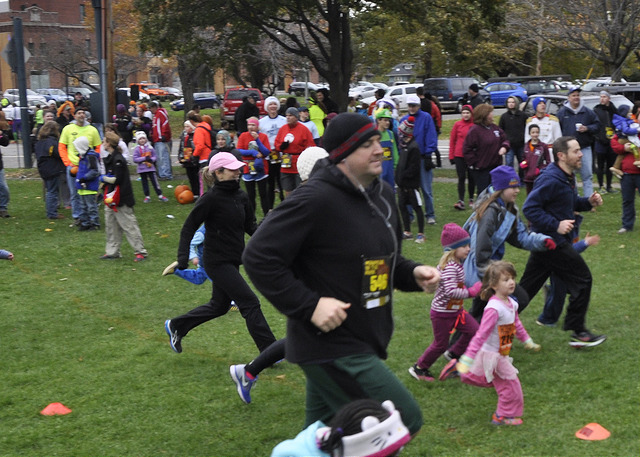 It was a crowded start because most of the kids parents (in some cases both mom and dad) had to run with their kids.  I was instructed by Hazel to “Go over there and clap” which I did. 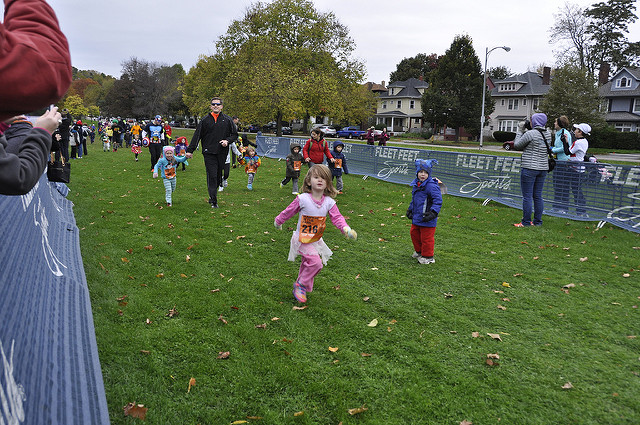 Hazel really tore it up during the 1/4 mile blowing past many a bundled up child.  She got a pumpkin and a very nice medal for her effort, and then immediately lined up for the 1/2 mile race.  I explained to Hazel the 1/2 mile was 2 loops around the field to which she breathlessly replied “yeah.”  So off she went for race number 2. 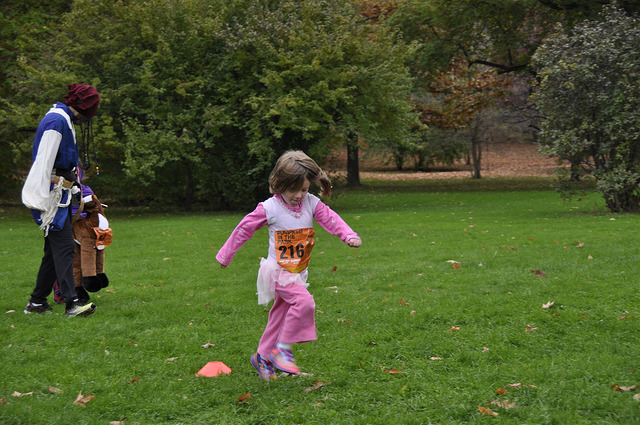 Like a true distance runner, about halfway through this race she threw her gloves to me and made her strong push to the finish.  She ran the whole way (and even did some zig zagging around the orange cones for good measure).  She was a bit disappointed that she couldn’t get a second pumpkin and a second medal, but she got to high-5 a number of mascots so that seemed to make up for it. 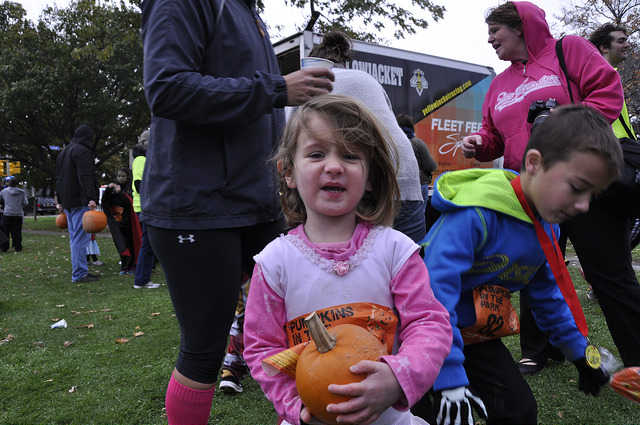 I was so proud of my little racer.  She never once complained about the cold or the wind, and she did both races without stopping!  I think I’m going to have to buy her a Roadkill Racing singlet before her next race.