Another winter racing season in Rochester, NY has come and gone.  And once again Roadkill Racing dominated the Freezeroo races.  With the unfortunate ending of the Polar Cats races the Freezeroo is pretty much the only game in town from December through February.  I’ve done pretty well in the series over the years, and so have other members of Roadkill Racing.  Here is break down of the last 4 Freezeroo Roadkill series finishes (out of about 200 male runners).

As you can see we have done really well. Next year when our women’s team is fully up and running I expect them to dominate the leader board as well.

I’m not going to give you a blow by blow description of the final race.  Kenny ran like an absolute beast despite the howling wind and Matt finally raced one of these Freezeroos blazing past several runners during a sub 5:30 final mile.  I think the rest of us were just happy to get out of the wind and have a beer. 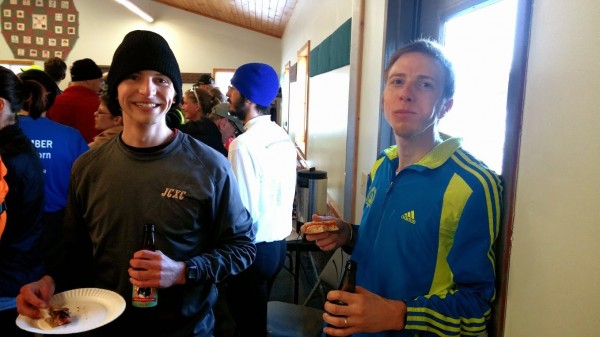 You can see the 10k results HERE.

Heart felt thanks to the many Greater Rochester Track Club members who put on the races, YellowJacket Racing for keeping accurate time, the various town police for keeping us safe while on the sometimes very busy roads, the Rochester Photo Crew who take nearly all the pictures on this blog, and Running4morefun who does the video.  With out all of you we would just be running around in the cold.