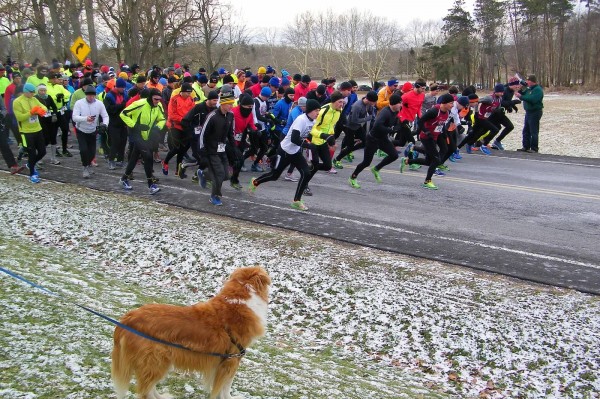 Despite (or maybe because) the chilling cold over 350 runners finished the New Year’s Resolution Run around Mendon Pond, being the 2nd race in the 2014 freezeroo series.  This race is a 7.5 mile loop on the roads around and inside the park.  While it is hilly, there aren’t really any monster climbs and personally like a course that rolls a bit like this one does.

Having been a bit under the weather lately (a persistent body wracking nonproductive cough for the last week) I didn’t have big expectations for this race.  My main goal was to win my age group, this turned out to be much more work than I would have liked.  I was accompanied at the start by 3 very good 35-39 year old runners, Roadkill’s own Drew Caffrey and a double GVH threat of Josh Harter and Thomas Regan. 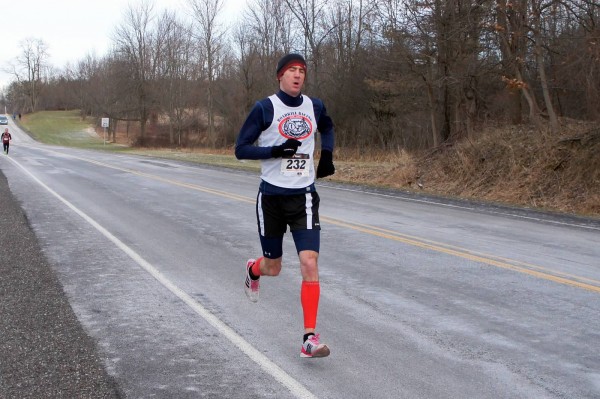 Unlike most Freezeroo’s Roadkill did not have a big showing at this race, it was just Drew and I, although we might be able to claim David Rappleyea as well as long as no one checks the timeline of events too closely.  As I didn’t have a great race I won’t bore you with the details (I only like to pontificate on my races when they go really well).  The race went well enough for me.  Josh Harter dogged my every step and it was only in the last mile or two that I was able to open up any gap on him, and it was only a 10 second gap by the time we reached the finish. I ran mostly even splits starting with a 5:39 first mostly downhill mile and ending with a 5:49 overall pace to finished in 5th place with time of 43:38.  My previous best at this race was 42:49, I’ll take a 50 second drop off considering the cough and cold (it was 45 degrees the day I ran 42:49). 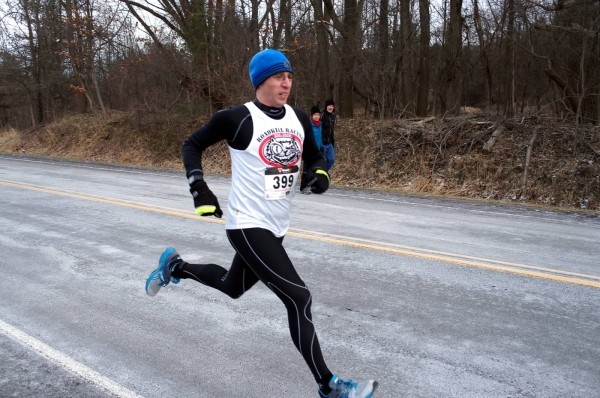 Drew was happy with his 6:17 pace, and ran it mostly as a tempo workout.  He seems to be hammering home pretty good in this picture though! 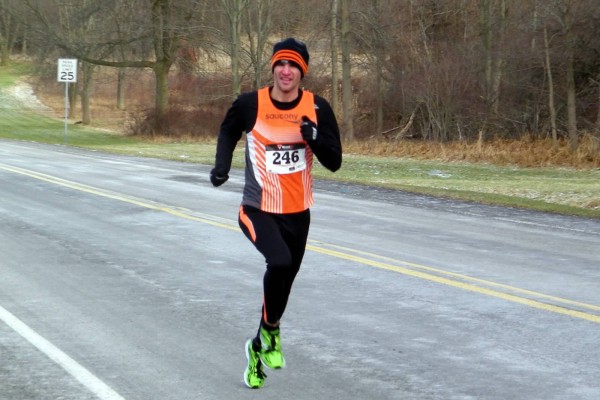 Newest Roadkill Racing member Dave Rappleyea ran a solid 5:29 pace for 3rd place, that is much slower than even his normal half marathon pace so I suspect he was just out for a brisk jog more than a race.  We are very excited to have Dave on the team, and look forward to him suiting up with us for some of the USATF Niagara championships.