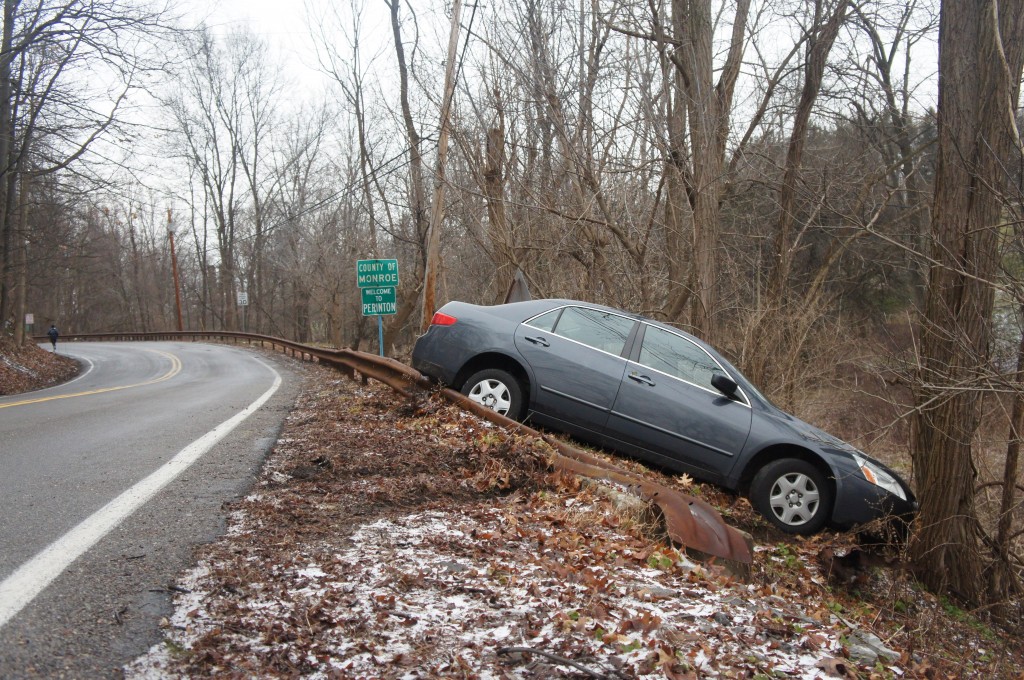 Freezeroo #4 was the Hearnish 10K (actually 6.385 miles or 10.3k). RKR once again fielded a 5 man team and while we did not have our fearless leader, Sir Josh, we were accompanied by our newest member, Blake Landry. Blake is currently training for the Buffalo Marathon in May and he used this hilly 10k as a tune-up.

Matt, Chanse, Blake and I gathered near the parking lot at ten after 9 and to our surprise, Jeff rolled up on time, dressed to run! We congregated for a bit longer before heading out on an easy two mile warm-up where we immediately noticed the roads were hilly and also a bit slick. After a few pre-race rituals, we jogged over to the starting line, 5 men strong! McQuaid, a local Catholic High School, had a team there dressed in matching uniforms and were in the middle of their cheer! I decided it was a necessity for us to do our patented pre-race cheer, which ends with us hollering ‘SPLAT’ at the top of our lungs!

Shortly thereafter, it was time to get down to business, and the gun (horn) went off and it was race time! Instantly, Jeff bolted out to the front as Chanse and a few others tore after him. Matt and I hesitantly settled into a comfortable pace, and assured each other that it was early and some would ‘come back’ to us.

By the first mile Jeff and Chanse had a comfortable lead on the entire field and it looked to be a two man show for the race win! Meanwhile, a pack of 10 or so runners was beginning to form behind the two frontrunners.

As the miles clicked by, and Jeff and Chanse got further ahead, Matt and I were working together to pick off as many overzealous runners as we could. I would surge up the hill and Matt would respond on the corresponding downhill (I’m sure Jeff and Chanse were using this teamwork up front too)! Matt and I stayed together until the final 600 or so meters when he put in a final surge that I could not match. Thankfully, from our starting position, Matt and I were able to catch and pass a handful of runners and we were only passed by 1 charging teenager.

After the race, I heard the battle up front was an epic one, as Jeff managed to pass Chanse on the final downhill, only to get ‘passed-back’ by Chanse in the closing meters of the race!