Josh and I competed in the Jingle Bell 5K this morning, and the race went quite well. The weather has been chilly lately–a small dusting of snow last night had made the Brighton neighborhoods’ roads a bit slick during our warm-up. Fortunately, the small patches of ice had either melted by the time the race began or they really were of no consequence anyway. 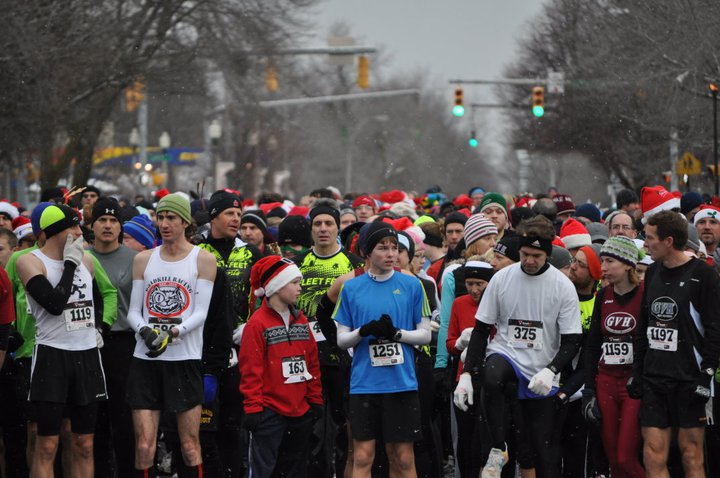 At the starting line at 9 AM sharp, we didn’t notice any of the fastest local guys around…until about 10 seconds before the gun, I spotted Jeff Beck to my right wearing a Santa Claus hat and elf shoes. He would go on to win in a pedestrian time (for him) of 16:05. 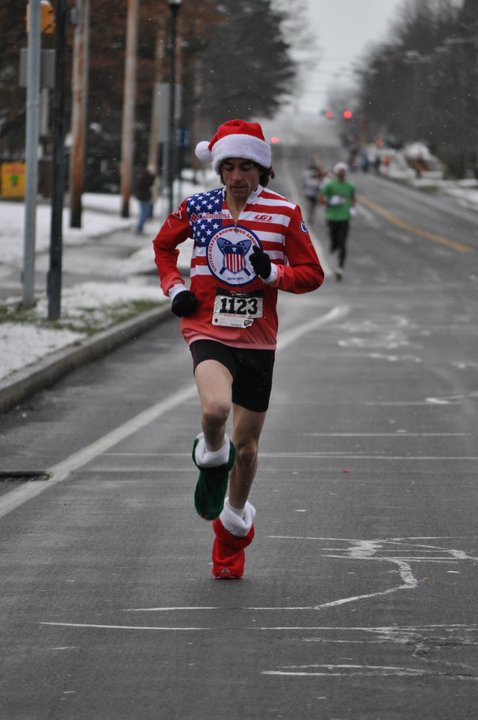 We maintained a strong pace for the first mile, which contained the only uphill portion of the course (and it’s a very mild uphill). Jeff was out in front along with Dave Bischoff and another guy, about 10 to 20 meters ahead of me and Josh. We passed Dave after about 1000 meters, and then Josh made a nice push, pulling me along with him, to catch Jeff and the other guy before completing the first mile. 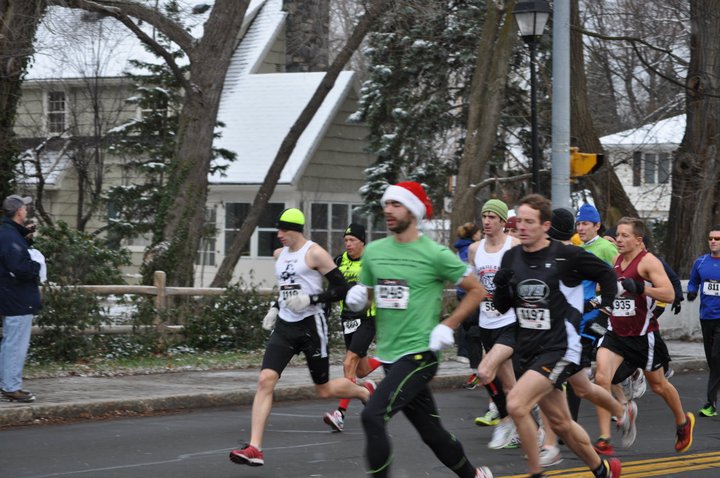 We came through the first mile in 4:58. This was either the easiest 4:58 I’ve ever run (less likely) or the mile mark was a bit short (more likely). In either case, I felt great, but Josh and I were both a little stunned by the split, so we eased off the pace as Jeff Beck and the other guy slowly opened up a gap. Over the next few minutes, I began convince myself that the mile mark was probably short and that we probably shouldn’t have backed off the pace, especially considering how well we were running (I later found out that Josh felt as good as I did, maybe better). We traded off small surges throughout the middle mile but mostly ran shoulder to shoulder.

Around the turn into the third mile, Josh suddenly opened up a 5 to 10 second gap that I was never able to close. Maybe this came during a small lapse in concentration or a brief moment of weakness. In either case, these types of things seem to happen sometimes during races, even when I’m feeling strong. It’s difficult to understand because there really was no point where I felt like I was in agony and couldn’t push the pace more. I need to work on simply sticking to a competitor like glue. The photo below depicts Josh smoking me down the stretch. 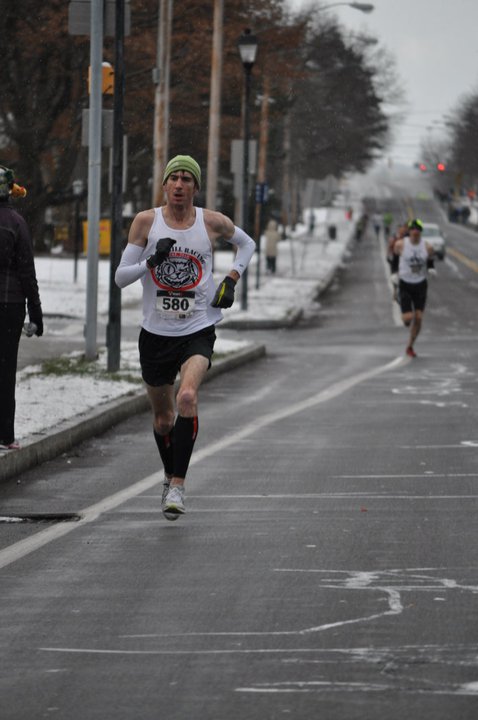 We finished 3rd and 4th overall–Josh in 16:29 and me in 16:40. That’s a post-collegiate 5K PR for Josh and 3 seconds faster than last year for me. Although I feel like I could have run a better time, I am excited by how strong I felt throughout the race. Hopefully this bodes well for the upcoming indoor track season.