Combine a colder than normal winter, later than normal arrival of spring weather (is 45 spring weather?) and a few weeks of daily rain and you get one soggy race.  Sunday was the Medved Trail Madness 15 miler, and while it was pancake flat compared to the Muddy Sneaker 20k it had more than enough water and mud to make up for the lack of mountains. 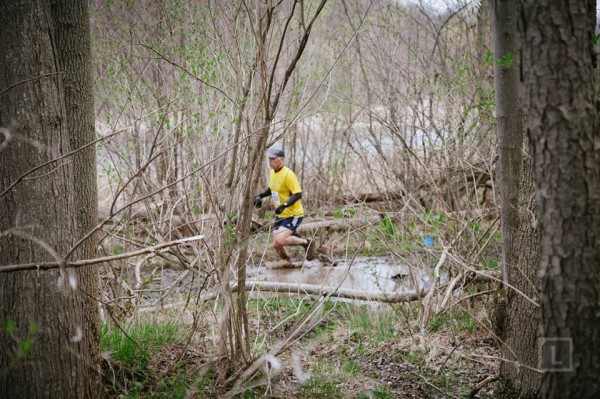 The race consists of 3 loops around Mendon Pond Park.  Each loop present its own challenge, most of which had to do with getting wet but some involved hurdling trees.

The first loop toured the NE section of the park and featured the only significant climb, about 200 feet over a mile.  It also involved many a hurdle especially through the pine grove pictured below. 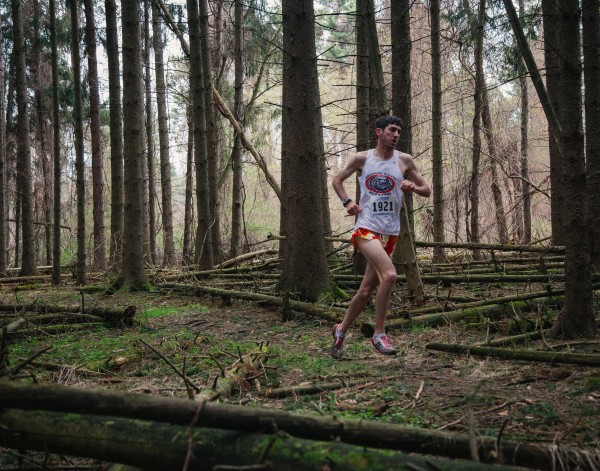 You know it is a bit breezy when there are white caps on 100 Acre Pond! 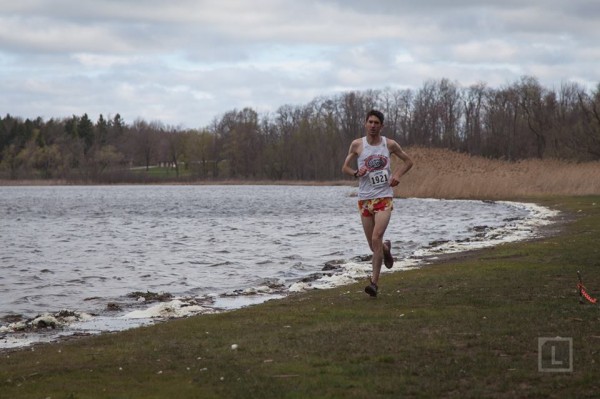 At the end of the first lap the course designers setup a shoe washing station, which was perfect for clearing off our mud caked shoes and legs and also helped cool us off on this balmy 40 degree morning. 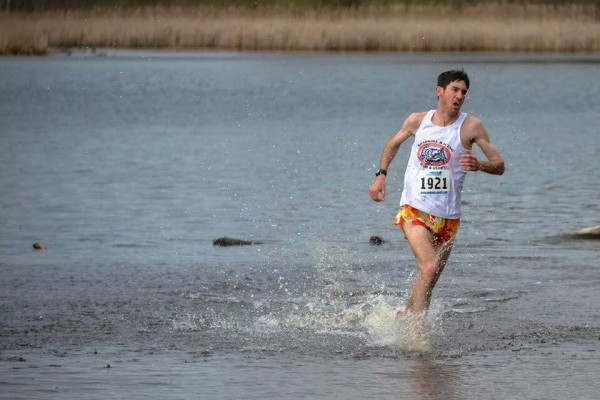 Lap 2 was the least soggy lap, which looped around the NW portion of the park.  It also featured lots of little ups and downs making it hard to get into any kind of a rhythm. 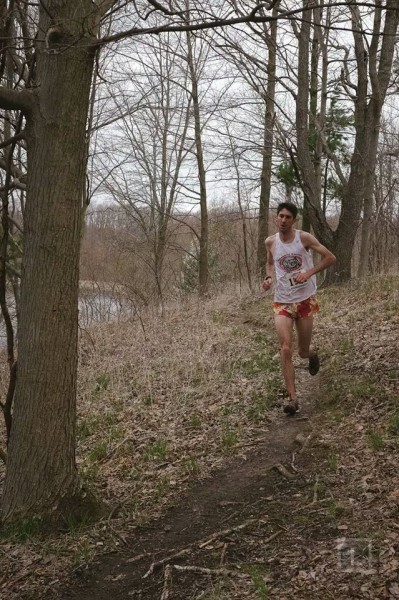 The final lap was basically run through a swamp.  It featured a loop around Quaker Pond in the South section of the park.  This is actually the area I’m most familiar with, but I have never seen it so under water.  The distance and mud started taking their toll and my hip flexors were screaming with ever little uphill.  I was leading the race but had no idea by how much.  I was afraid that after leading for over 90 minutes someone was going to blow by me in the last few miles as I tried unsuccessfully to keep under 7 minute pace. 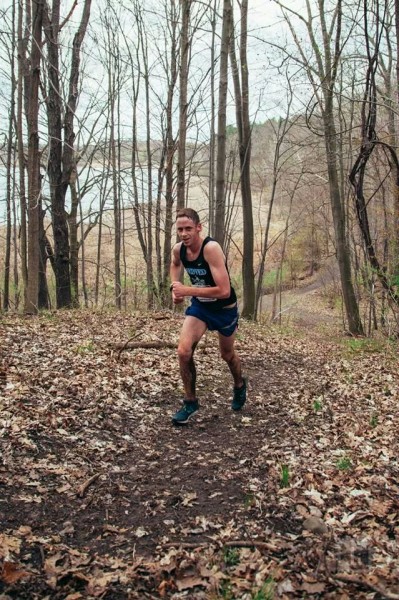 The final blow by the race course was a 3rd trip up cardiac hill (I think every high school cross country course has a cardiac hill) in the last .5 miles of the race.  Once I reached the top of that hill I was done racing, my legs were shot which was actually perfect timing, it was a mere few hundred meters to the finish all down hill.  I crossed the line in first place with a time of 1:41:04 which was 6:44 pace.  I have no idea if that is good or bad for this course, in large part because the course is a bit different every year, and on a dry year times would be much faster.  I’m sure guys like Jeff Beck or Neal Holtschulte have blazed it much faster than I ever could, but on Sunday my best effort was good enough to win and I can’t ask for more than that. 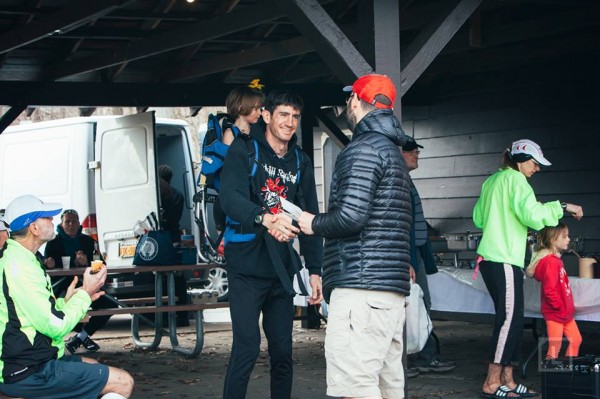 I’m taking a break from trail racing for a bit but I’ll be back at it late June and again in July.  next up is the Corporate Challenge where I hope to split my 5k PR during the 3.5 mile race and then it’s the McMullen Mile, my favorite race of the year!  Maybe some of these trail runners will do what I did and cross over to try something different, get on the track and run your guts out for 4 laps (plus 9 meters).  I promise you, us track guys like beer as much as any trail runner and we get to start drinking it so much sooner.

I huge thanks to Michael Lesher for the taking the photos.  He is selling prints from the race and high res digital downloads. 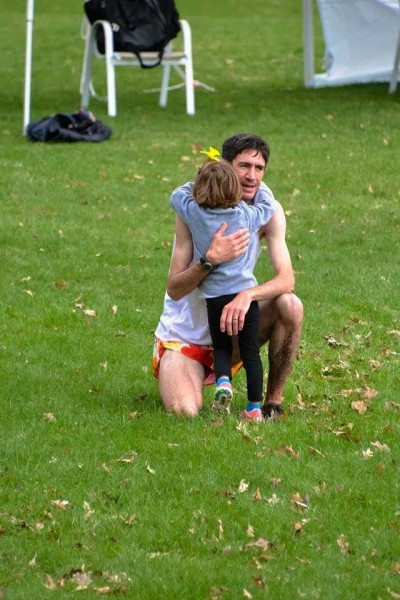