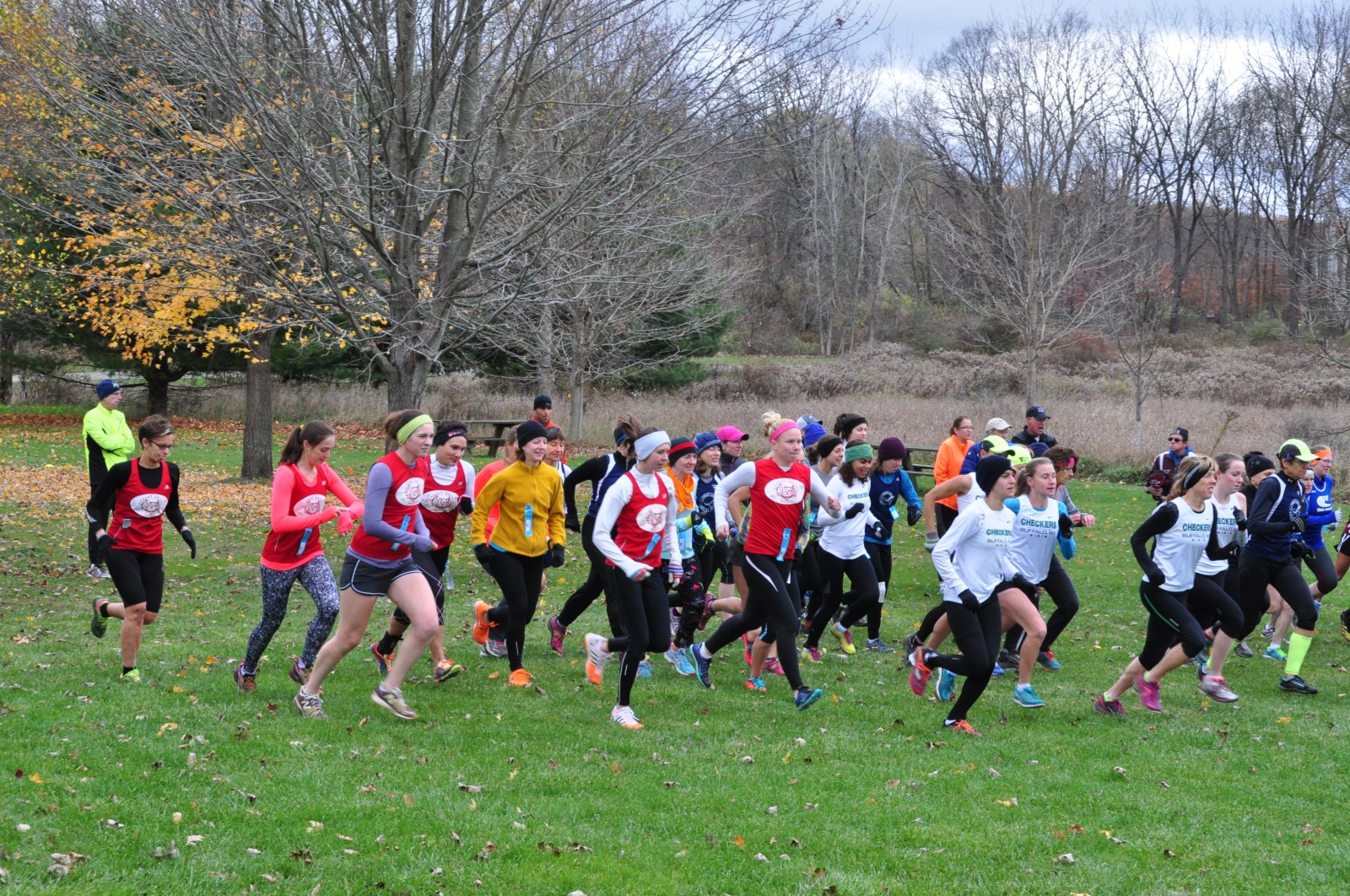 Before the 4th race in the PGXC series I was complaining about the courses being boring. For the most part they had all just circled around grassy fields. None really had significant hills or anything resembling a trail. Then came race #4 at the Robert Treman State Park in Ithaca. This 6k for women 8k for men course featured the usual laps around flat fields but mixed in some nice and not so nice changes. 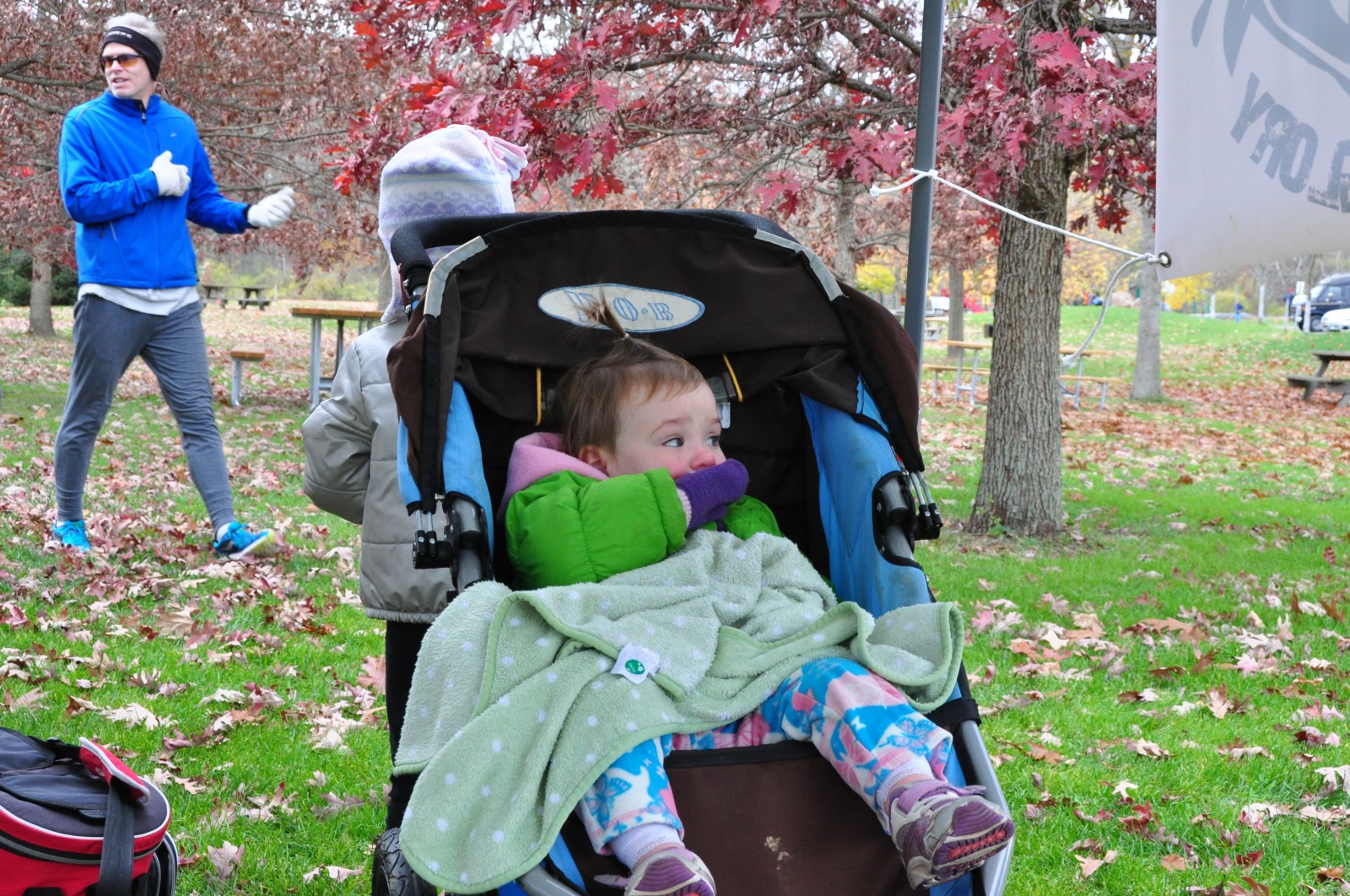 This was the first race where it actually felt like cross country weather. The ground was littered with crunch leaves and it was a blustery 37 degrees with a few snow flurries. The cold weather arrived just in time for us to have our first water crossing of the year. This wasn’t just a little stream we had to hope over, it was a 40 yard stretch of 6″+ deep water. 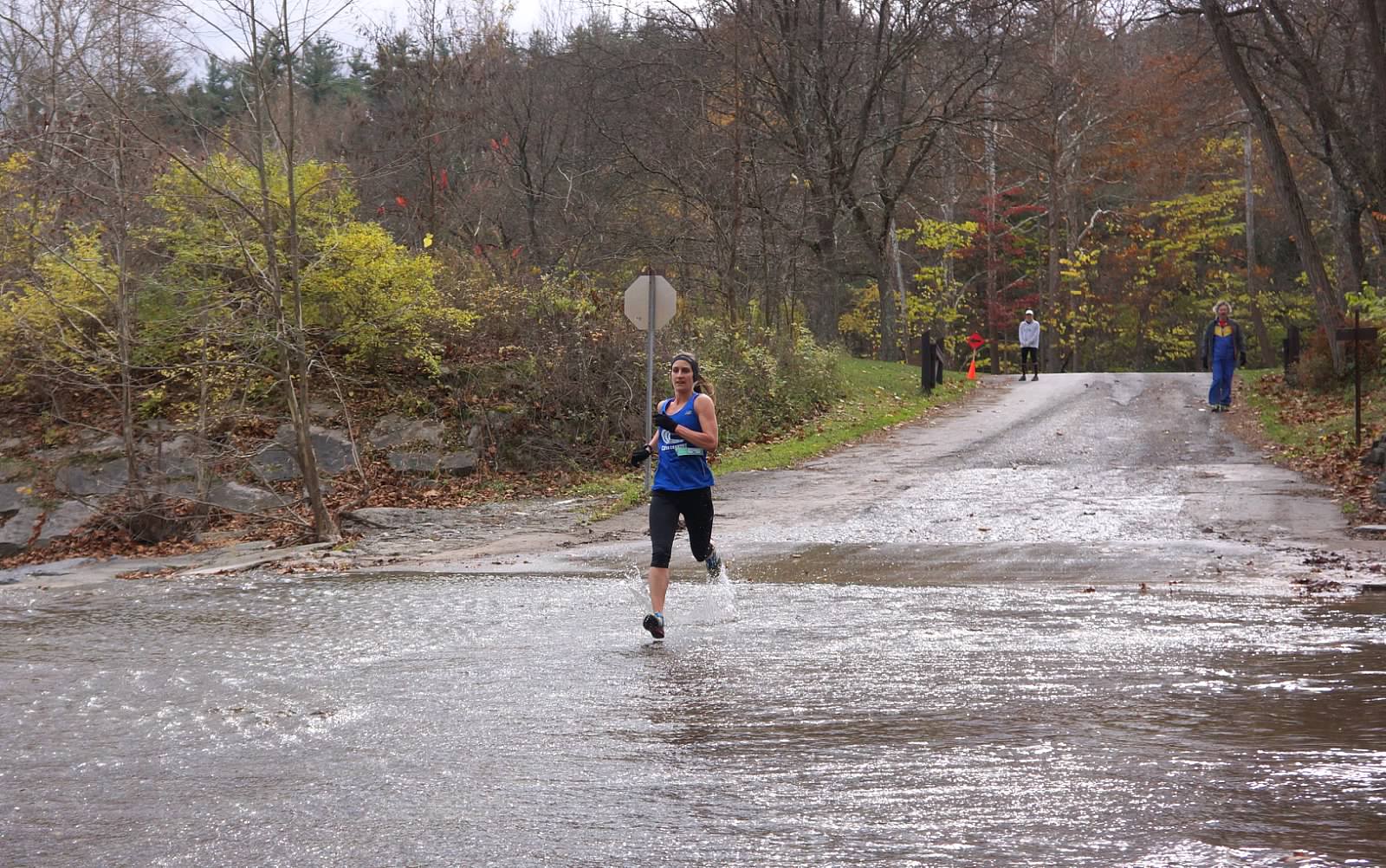 We got to cross this creek not once but twice! The first time was about 1.5 miles into the race the second time was with about a half mile to go. Sandwiched between the two crossing was a nice 300 foot mile long hill that started out as a single track with lots of switchbacks (and fallen trees to hurdle) that reduced many runners to a near walk and finished as a very steep gravel road that was less fun running down than it was running up.

Despite the difficulty of the course (maybe because of it) the Roadkill men and women had a great time. There is something unexplainably wonderful about running around in the cold and the wind and through water, up and down rocky roads with a bunch of friends in an attempt to win beer.

Things stayed pretty consistent with the scoring. Then men finished 3rd for the 4th time in a row and then women finishing 4th for the 4th time in a row. Roadkill had never fielded a team for all the races in a season before and this year we have fielded a full men and women’s team for each race. I see this as a huge win for the team, even if we don’t get any beer for it.

The men’s masters team finished 2nd to GVH setting up a winner take all scenario for championship day. We have gone back in forth with GVH all season each winning 2 meets. Although we hold a 2 point advantage in the standings if GVH were to win the final race the would own the head to head tiebreaker.  I like that things worked out nice and simple. We win we win, they win they win.

Thanks to HBO and Tim Matthews (and myself) for the pictures!