I’m a bit behind in posting race reports, so I’m going to do 2 at once and neither of them in much detail.  Things have been hectic of late starting with 9 days away from home that including 3 nights of hospital stay for Hazel.  So much for our relaxing beach vaction.  Before that crazyness began I did have a good 5k race on the 4th of July.

I finished in 4th place at the Brighton 4th of July 5k in a time of 16:20 followed closely by Chanse who ran a 16:24.  I was very happy with my finish and ran even 5:17 splits for the whole race before out kicking a few people during the final 200 meters including the 19 year old pictured below. 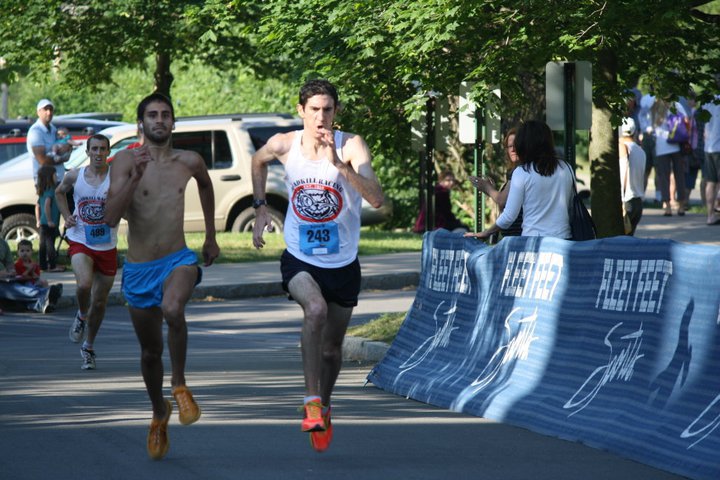 My second race this month was the 2 mile at the Twilight Track Series (actually it was a 3200 meter).  I had hoped to run in the high 9:40’s low 9:50’s but after a rough week of “vacation” I just didn’t have the bounce in my step I was hoping for.  I ended up running 9:58 and I had to run a 68 second final lap just to do that.  I entered Hazel into the 6 and under 50 yard dash, but the director spent 4 times as long going over the instructions and making sure everyones feet were behind the line that once the race start Hazel was tired of me trying to hold her still and didn’t want to run anymore.  I love the Twilight Track series, but they might consider not taking 4 minutes to start a race involving most 3-5 year old kids. 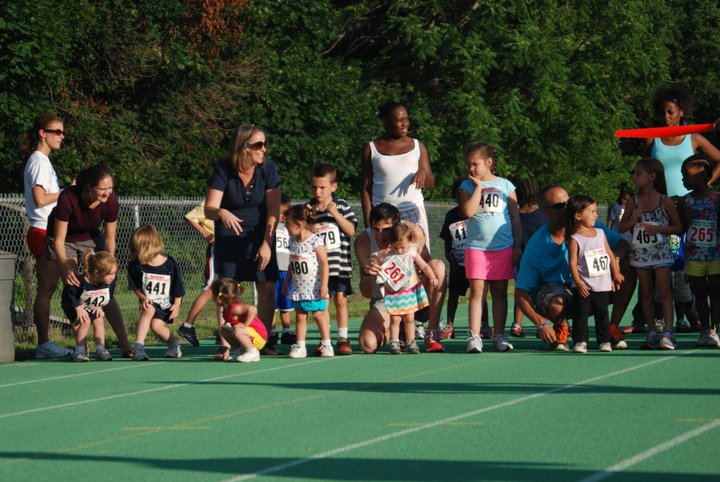