Can you smell it? Spring is in the air! Or at the very least the temperature no longer starts with a -.  That means it is time to lay out the Roadkill Racing schedule for the year.  The following are the races we are targeting as team events.  Some are USATF team events which required USATF-Niagara membership, while others are races Roadkill simply wishes to have a strong presence at even if there is no team scoring. 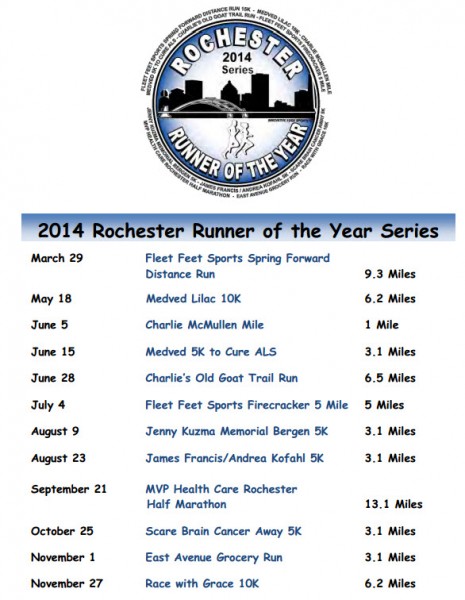