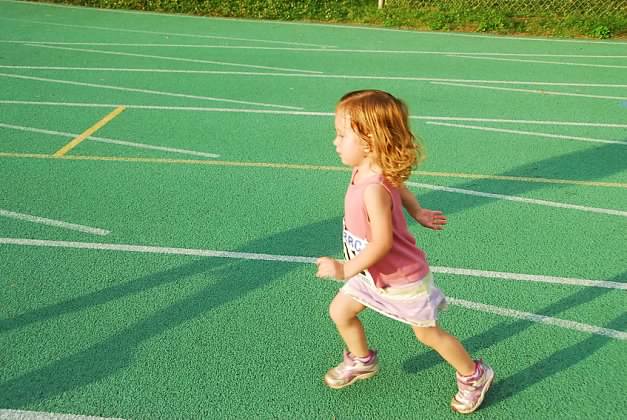 Hazel put in some great performances last Friday at the Twilight Track Series in Poughkeepsie, NY put on the Mid-Hudson Road Runners Club.  Despite the near 100 degree heat she ran a 50 meter 400 meter double.  There may have been kids under 5 faster than her but there was no one cuter, and certainly no one younger ran the 400 meter dash.

People are going to think we push Hazel to run, but the fact is she just loves it.  She asks me to take her to the “tracker” almost every day.  She also will not tolorate people walking beside her when she is running, I have been scolded many times to “RUN DAD RUN!”  I don’t know if she will ever be a fast runner and I really don’t care, but I hope she hold on to the enjoyment of being outside and active.