I’m sure a great many of you have been holding your breath in eager anticipation. Desperate for news about your departed leader. Your long wait is finally over.

I’ve been watching the kids, running and occasionally racing since I left Rochester back in July. This is shocking news I know. Who would have guessed that is how I would spend my retirement. The kid watching is going great but the running and racing have been… uneven.

Since I last updated the blog I’ve raced three xc 5k’s, one road 5k and one road half marathon. In order they went: ok, good, terrible, worse, good. I won the 5k road race by about a minute but didn’t break 17 minutes. The first xc 5k I won and felt good doing it. The half marathon was the worst race I’ve run in 10 years. The second xc race wasn’t much better, although, I did get to race with the Roadkill masters team and we won beer & glory which made it worth the 7 hour drive. Finally I raced the USATF National 5k XC Championships with my new team the Central Mass Striders.

Racing with a new team is strange. I’m not used to just being another cog in the wheel. I’m the 3rd or 4th fastest masters runner on the team. In many ways it is nice to just show up and race without the pressures of being in charge. After years of stressing over rosters and recruiting, worrying only about myself should be freeing, but in many ways I miss rallying the troops and leading them into battle.

Next up for Roadkill Racing is the 4th race in the Upstate XC Series and a chance for the masters men to pull ahead in the series scoring. Run Tuff you crusty sea dogs. 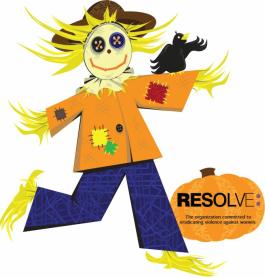 Congrats to all the Roadkill Racers who raced the Rochester Marathon and Half Marathon on Sunday.

Great job all of you! Now rest up cross country is just heating up.

3 Years ago Roadkill Racing won the Pete Glavin XC Series taking 3 of the 5 races including the Championship race. Since then it has been rough going. We were shutout in 2012 and in 2013 we didn’t even have enough runners to field a team. But it has been a busy year and we returned to form at the first race of the 2014 season.

Just look at those faces. Do those look like the faces of runners who are messing around? OK maybe Kenny is messing around but Matt is serious as hell.

Seventeen Roadkill Racers competed in the opening race of the PGXC Series Sunday at Jamesville Beach. Seven open men, 5 masters men and 5 open women took on the challenging 5k course along with 140 other runners. It was the first time we had fielded a women’s or masters team.

Leading the way for Roadkill were a couple of old hands, Kenny and Pete but we had a number of runners making not only their cross country debut but also their Roadkill debut.

Josh Williams, Joe Haungs, Kraig Connor and Megan Ganskop ran their first of what will hopefully be many races for Roadkill Racing.

One of our runners got a little too excited (Derrick) and dropped his beer. I am confident that we will be able to win another one for him before the end of the series.