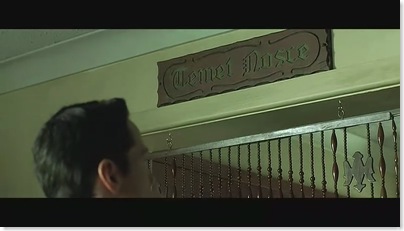 or other more enlightened among you may know it was inscribed in the forecourt of the Temple of Apollo at Delphi. 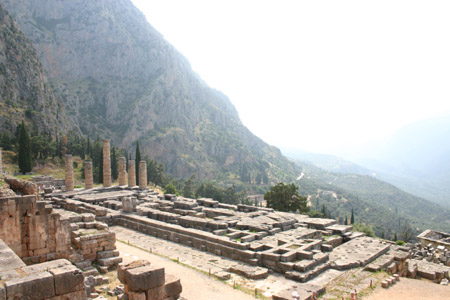 Either way I made the grave mistake this past year of not heeding those wise words.  I’m kind of like Neo, not knowing he was the One and allowing what other people said to influence what he thought about himself.  Now I am certainly not here to save the world from our robot overlords (I think that’s Mike’s job) but I did forget that I am a miler not a long distance runner and paid for it this spring.

One look at my PR’s and it is clear that I am much better at short races than long races, with my mile time being much better than any of my other times.  According to both Daniel’s and McMillan equivalent performance calculators I should be running a 15:30 5k or a 1:11:00 half marathon… yeah not so much.  Instead of playing to my strengths I spent the last 10 months trying to train like a long distance runner instead of a middle distance runner.  As a result all my race times have suffered.  I mistakenly thought I could improve my distance running by doing lots of miles (relative to my normal mileage) and tempo work with long interval sessions.  Instead of doing 200’s 400’s 800’s as the bread and butter of my training, I have been doing 2000’s and 6 mile tempos with 16 mile long runs.  I dropped my mile pace workouts in favor of higher weekly mileage, and traded in much of my 3k pace work for 10k pace work.  The result has been a string of mediocre race performances in distances from 5k up to half marathon.  I have felt fit and strong, but not the slightest bit fast.

A perfect example was my recent half marathon.  I was sure that this year I would blow away my old half marathon PR.  Last winter and early spring I was averaging 45 miles a week and doing mostly what would be considered 5k type training with a fair amount of mile pace training as well and I ran a huge PR of 1:15:51.  This year I did more traditional half marathon type training.  I averaged about 60 miles per week and did lots of running at 5:40 pace.  I did some training at 5k-10k race pace, but almost no mile pace training.  When it came race day I felt great.  For 13.1 miles I felt fantastic, I wasn’t breathing hard or folding under the weight off all those miles.  I felt even better than last year.  The only probably was I was running slower than last year.  I just couldn’t get my legs to carry me any faster.  I ended up running 1:16:27.  Not a terrible time but not at all what I expected after training specifically for the half marathon.

So now is the moment, like when Neo stops the bullets and plucks one out of the air, that I accept who I am.  I’m a middle distance runner who happens to jump in road races from time to time, not a road runner who happens to occasionally jump on the track and it is time I started acting like it.  Luckily for me there are lots of oppertunities to race on the track.  Starting with the McMullen mile in early June and running through August there are any number of local open track meets I can race in .  During the winter months there are open track meets at RIT, Cornell, and Syracuse.

I can’t wait to see you on the track.