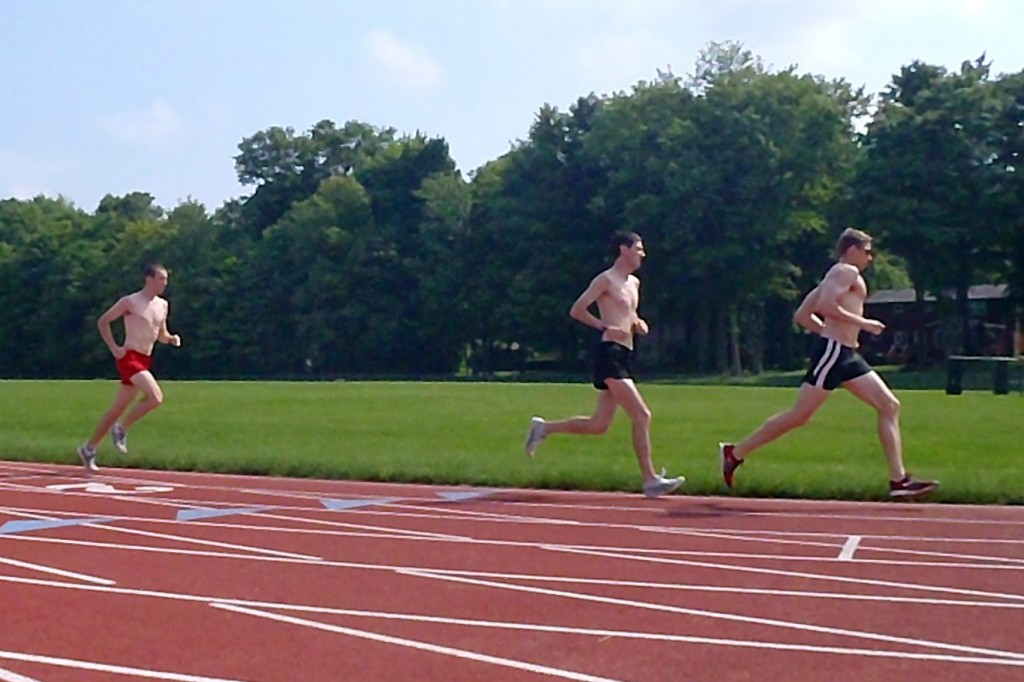 Monday morning dawned cool and cloudy, and would stay that way until 10 am when the sun came blazing out to great us for the start of the 5000 meter race.  Before I get to that, let me back up a bit and explain what the Roadkill Rash is.

The Roadkill rash is, in its first incarnation, a 4 event track and field meet for members of Roadkill Racing.  This years 4 events were in this order:

For most of us everything but the 5k was a new experience, or at best something we did once or twice long ago.  I personally had the unfortunate duty of competing in the pentathlon in high school to try and grab a few extra points for the team during our league and section championships.  I did terribly in all but the 1500 meters, and I there was no way I was adding anything involving hurdles to the Roadkill Rash.  Several of our members recently moved away from Rochester and could not compete and our newest member Matt had family obligations,that left Mike, Chanse, Rob and Myself.

I arrived early was soon joined by Mike, Karyn and Chanse.  My wife Lisa and daughter Hazel showed up about 10 minutes before the start of the 5k but there was no sign of Rob.  We decided to forge on ahead and hoped Rob would make a late appearance to compete in the other events and to provide the shot put.  As I mentioned it was a nice enough morning until we lined up for the 5k.  Immediately the sun broke through and the temperature rose to about 80 degrees.  Mike and I were both hoping to run PR’s and break 16 minutes and Chanse was aiming for a season best in the mid 16’s.  I won’t bore you with long details of the 5k, but 1 mile in at a very labored 5:09 I knew, and I think everyone knew, we had no chance of hitting our goals for this race.  The heat was so stifling that it caused Mike to drop out of the race a little more than 2 miles in.  You can see Karyn running across the field to bring him some water a few minutes into the video below.  Chance and I Plowed on ahead at a much diminished pace and after staggering across the finish lines the points stood thus:

As we were gathering ourselves for the 200 meter dash Rob made it to the track.  It turns out the field house was locked and he had to wait for security to open it so he could borrow a shot put.  Then he got stuck in the Pittsford Memorial Day parade.  He wasn’t planning on racing the 5k anyway because he is rehabbing his ITB, and as you will see it didn’t matter much that he scored 0 points in the first event anyway.

Next up way the 200m, and it wasn’t even close.  At least not for the first spot.  Rob had the inside lane, and i was the outside (in lane 4) he made up the stagger less than halfway around the first turn and opened up his led on the rest of us from there.  Mike, Chanse, and I were left to battle it out for the 2-4th place. 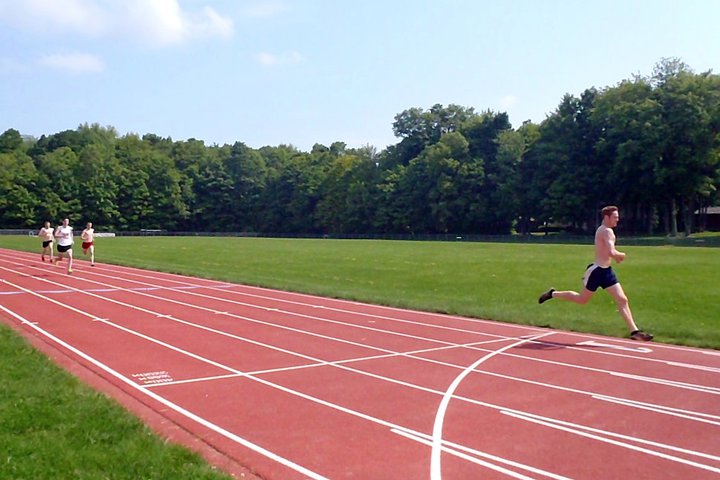 Next up was the long jump.  It took us some time to figure out where to start our run up to the pit, and also to figure out which foot we were suppose to be jumping off of.  You might assume this would be obviously, but to us distance runners it was not.  I figured that I skateboarded and snowboarded goofy footed, so I would launch from my left foot.  After the fact I learned that a simple test is to stand with your feet together and lean forward until you have to step to catch yourself.  Whichever foot you step forward with is the one you stride with, the opposite one is the one you launch from. 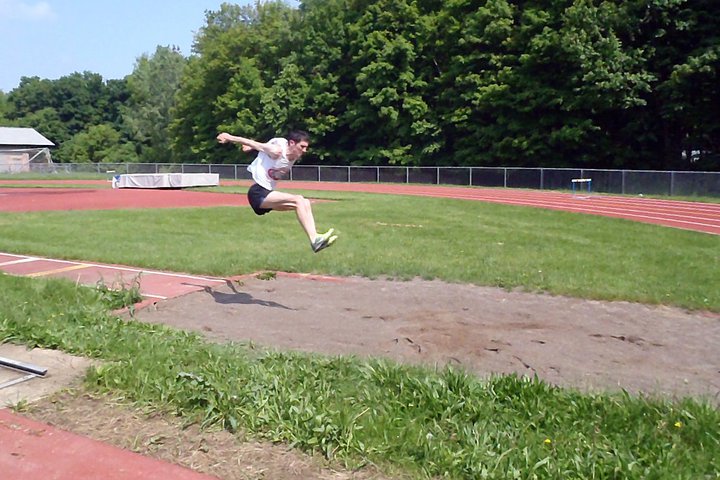 This event went much better for me than I expected.  I don’t exactly spend a lot of time working on my explosiveness, but after 3 jumps a piece Rob and I had tied.  We decided that a jump off would be much more exciting than each taking 4 points, so we took one more jump each to determine the winner.  On Rob’s 4th jump of the day he busted out a beauty leaping past my best attempt by a good foot and half.  You can watch us in all our slow motion glory in the video below.

The final event of the day was the shot put.  I can not put to words how silly a bunch of distance runners look trying to put the shot, or shot the put as it were.  During our “warm-ups” I made an attempt at a spin move and promptly fell out of the ring on my face.  After that no one else tried to get fancy.  I’m pretty sure we would all have been DQ’d for violating proper shot putting form.  Did I mention we were using a woman’s 8.8 lbs shot put, not the 16 lbs man variety.   No photos of this event but it is included in the video.  Mike who I constantly harass for spending too much time in the gym, and for being too bulky for distance running was really hoping to win this event.  He came close, but in the end it was once again Rob who came out on top in his final heave.

Rob Castor with his stunning come from behind perfect 3 for 3 in events competed in snagged the Roadkill Rash Cup for the 2011 season. 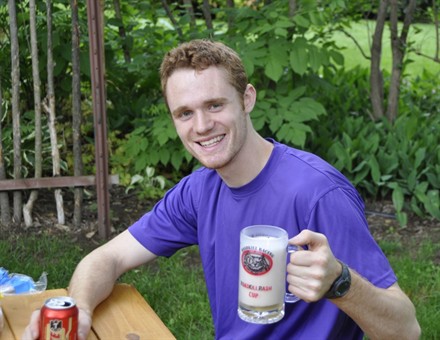 Rob will have the pleasure of drinking out of the Roadkill Rash Cup until next spring when it will once again be put up for grabs.

Enjoy this 10 minute video of our morning!

Rob: 12 points
Josh: 11 points
Chanse: 9 points
Mike: 5 points
I can’t wait until next year, when we will have an expanded field of events, and hopefully a few more Rashers!