This past weekend I took a trip down to Poughkeepsie, NY with Josh and his wife Lisa. Josh directs the Wa Wa Wally Waddle 5K, which takes place at Vassar Farms Park. The race proceeds are used to fund scholarship for campers at Camp Wa Wa Segowea in the Berkshires. This piece of info explains most of the race’s unique name, with the only missing detail being that “Wally” is the camp’s turtle mascot. I had won the race last year and sought to defend my title. I was running quite well last year at this time, and I’ve been starting to feel stronger the past few weeks, so my secondary goal was to break last year’s time of 16:34.

I customarily wear a watch during road races, but for this one I decided to go watch-less–I planned to key only off effort level and the surrounding competition. This is something I’ve historically done mainly in XC, but I’d like to get used to it on the roads as well.

On race morning I woke up around 8am to some light drizzle. Fortunately, the rain did not persist, as the skies were overcast but rain-drop-free following my bagel, coffee, and short drive to the park. The course was quite flat,  and it was set on on a fine cinder road with about 400 meters across a fairly bumpy grassy field. 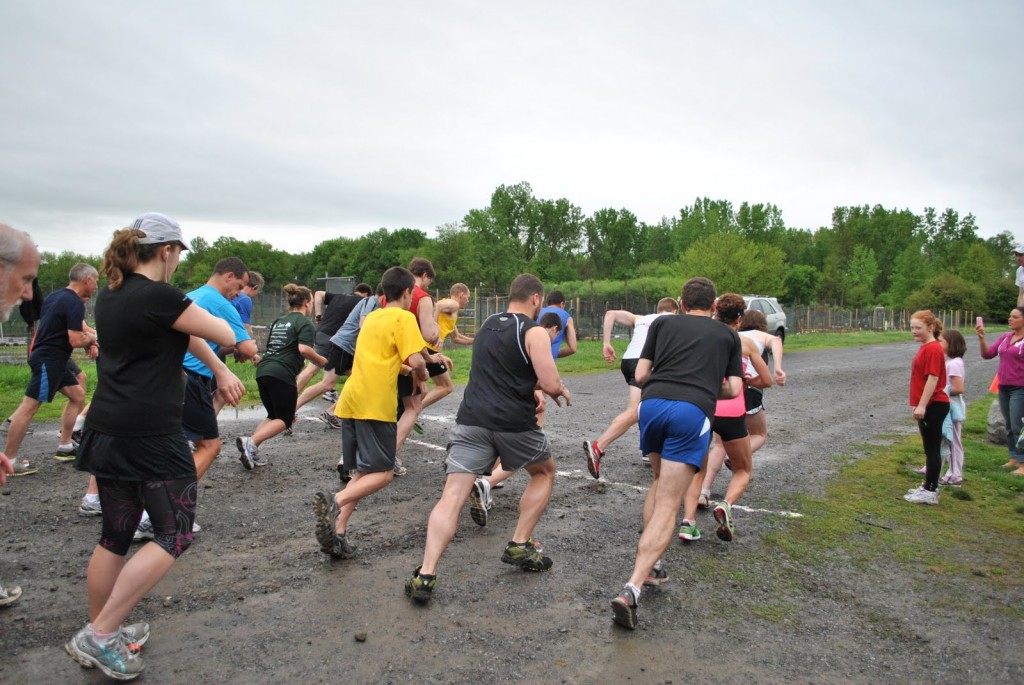 Despite the rainy weather, there was a nice turnout at the starting line—over 100 runners—significantly more than last year’s race, including a few serious-looking runners, which was good to see. After a few instructions from Josh, the race began, and I quickly bounded out to the lead. The pace was quick for the first 300 meters, and then I eased up for about 200 meters across the bumpy field back to the cinder road. Back on the road, I hammered quite hard for the rest of first mile. I don’t really have any interesting numbers to report here due to the no-watch thing (I was later told by another competitor that the first mile was somewhere between 5:10 and 5:15). 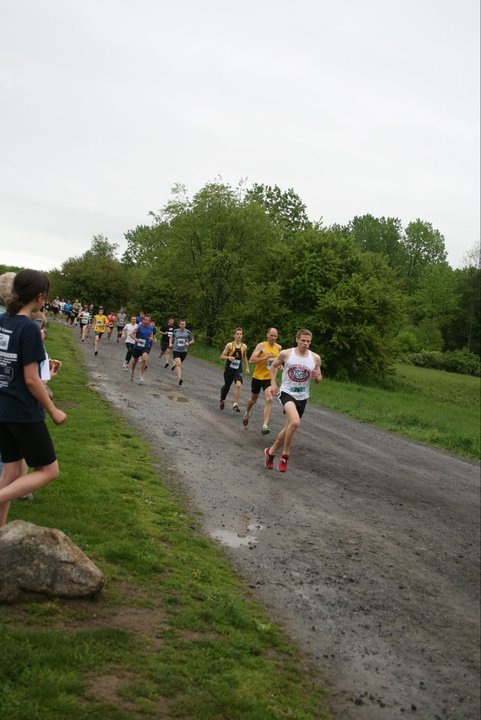 I could hear footsteps about 8 to 15 seconds behind me for the entire race. This was somewhat surprising, because usually when you’ve got 20 to 40 meters on someone, they either catch up or fall further behind eventually. That statement might seem tautological, but I am just trying to say that it’s rare for a gap of that size to be constant throughout an entire 5K.

The race finished with a 400 meter loop around the field again. Coming into the loop, Josh shouted “You’ve got about 10 seconds on him!….Er…actually only about 7 seconds!” I knew I had plenty left in the tank to kick it home, so I accelerated along the remainder of the cinder trail and coasted the last 200 meters on the bumpy grass to the finish. I took the win in 16:31. It was also nice to feel quite strong throughout the race. This was a confidence builder after coming back from some Winter-related Achilles issues, showing that my training is starting to take off. I believe that I’m ready to take another stab at breaking 16 minutes at our track 5000m on May 30. 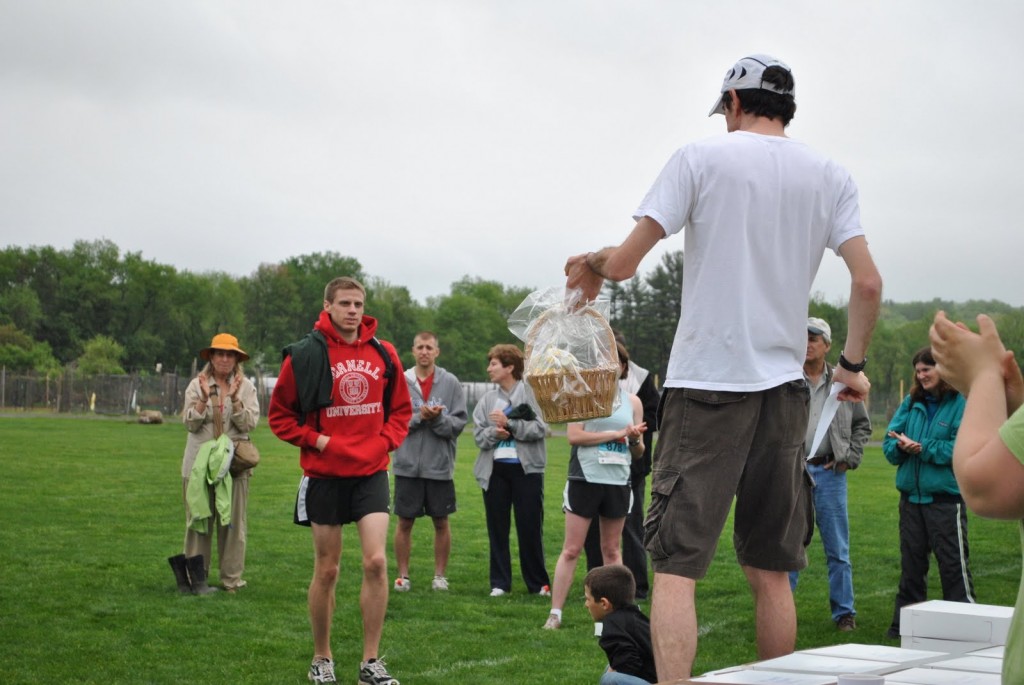 I’d also like to say a huge thanks to both Lisa’s and Josh’s families who were incredibly generous throughout the entire weekend. Race results are here.